Chronic illness and watching the slow decline of my parents has sparked thoughts about aging and death. Knowing what looms ahead, I’ve been musing on dying. Brace yourself.

The aging process often strips our beautifying sanctification. If you believe there is any hope apart from the grace of God, contemplate old age. Unless we die young, we will all go through it. (I warned you.)

Start with the Old Testament. One godly person after another succumbs, making horrific decisions, committing tragic sins, or becoming whining, grouchy old people who may even deny God. Often they return to what they were at their worst.

This terrifies me. As a young woman, I was immoral. I was prideful and arrogant. I had a temper. I yelled at my kids and husband. I was prone to narcissism, self-pity, and depression. It wasn’t pretty.

That is the ugly core of me that God continues to transform. I take my sanctification seriously. I do the dirty work of dealing with sin, of uncovering bitterness masquerading as hurt, and of tearing out dark thought patterns.

But, even after all that, sinful me is still in there. When I’m fatigued or past the edge, I try to retreat to draw on the Lord’s strength before I fail, but I don’t always succeed. 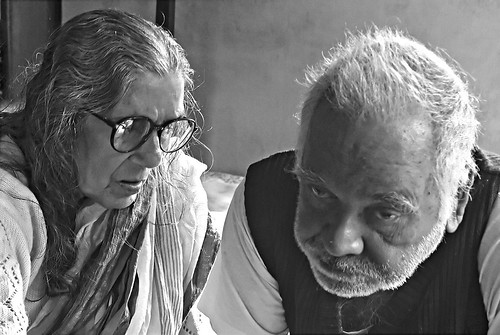 I don’t want to go back to what I once was. But my aging is out of my hands. I am a victim of the process that began when Adam bit that forbidden fruit. So are you. The fact that the aging process is outside our control is as close to the bone as it gets. It is each of us in the raw.

We come into God’s kingdom from sin, brokenness, abuse, self-idolatry, death, or tragedy. Those events shaped us, causing us to see our need for Christ and drawing us to him. But they are also our spiritual baggage.

Consider Abraham. He was from a pagan idolatrous messed-up family. It was because of faith that God counted him righteous (Genesis 15). Abraham’s actions demonstrated faith, but his growth was slow and messy like ours. The mess is recorded in Genesis 11:27-24:66.

But look at Abraham’s final years (Genesis 25:1-6), the years after Sarah died when he seemed to go back to his worst mistakes: Lust. Fear. Taking matters into his own hands. Living out his birth family’s pagan practices. The years of silence in his relationship with God. The fallout still remains.

Why did he repeat these mistakes? Was it Alzheimers? Was it senility? Or was it the fallen course of the old man when natural strength has expired and our efforts and minds grow feeble?

Abraham took another wife. Fine. But he also took concubines (plural). He relived and surpassed his earlier sins against Sarah and Hagar. Yet Hebrews 11:16b tells us the final outcome: “God is not ashamed to be called [his] God, for he has prepared for [him an eternal] city.”

Abraham’s salvation didn’t depend on his own efforts, especially after he lost his vigor. Just like us, the Holy Spirit drew him to faith, because a merciful God ordained the transformation. Abraham believed, because the Spirit turned the lights on. Abraham was pre-sprinkled with Jesus’ blood (Romans 3:21-26). That’s it (1 Peter 1:2). As best he could, he walked by faith. But he was always human.

By God’s grace I work out my salvation with fear and trembling, as God’s Spirit wills and works within me. At the end, I don’t want to go back to what I once was. I apologize beforehand to my dear children if I do. But the flesh is strong, and I grow weak.

I cast myself into God’s hands, hoping in him, trusting him, enduring in him alone – “that I may know him and the power of his resurrection, and may share his sufferings, becoming like him in his death, that by any means possible I may attain the resurrection from the dead” Philippians 3:10-11 (ESV).

Our only hope is always in Christ.