I didn’t want to be part of a real-life science fiction story where mystery ailments strike hard at the general populace.

Is it a sinister plot? Has the government been testing chemical warfare on us as part of a secret experiment? Have they tampered with the genes of our food one too many times? Is our western environment so sterile that our immune systems have turned upon us, having nothing else to attack? Is it those blasted vaccines?

In this sci-fi world mysterious ailments attack us from within, twisting our limbs and faces. Some rob us of speech and movement and eventually breath. Our sleep is marred by our pains and by our tortured minds. Our bodies have betrayed us. 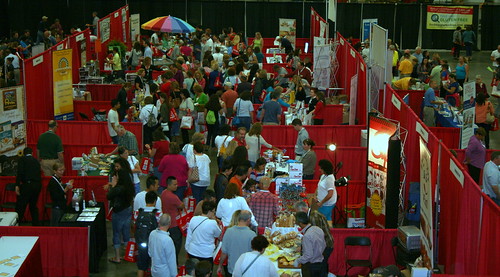 Welcome to the world of the autoimmune disorder, the disease complex of the 21st century (CLICK). Some of the forerunner ailments – MS, Type 1 Diabetes, Chrohn’s, Lupus – are now well-known and accepted, but at the beginning they were not. The rest are coming.

Venture out onto the internet at your own peril. Check your sources carefully for the theories are wildly diverse. Everything I’ve described so far has been written with straight face as a causative factor.

Something, it remains undiscovered, is causing our immune systems to attack, rather than to defend, our own bodies. It’s somehow tied to our genes. There are approximately 50,000,000 people with these disorders, outstripping cancer and heart disease combined.

There are multiple theories. Medical researchers are already hard at work to decipher the autoimmune spectrum of over one hundred disorders (CLICK). They’re using rheumatic fever, an autoimmune disorder of old, as a benchmark for research.

I’m not attempting to frighten you. God is sovereign over all, and He works all things together for the good of those who love Him. He has a purpose for this. 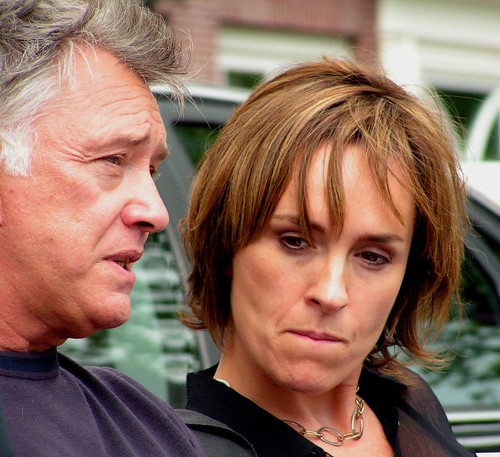 I’m writing today to stretch minds. Things are changing. Have an open mind. Do not judge simply because you don’t understand someone else’s illness.

I had no idea what autoimmune disorders were before I got sick in 2013, but now I know. After two-and-a-half years of feeling like I have the flu, pursuing diagnostic tests, and seeing doctors, I have a diagnosis. I am among the millions.

I traveled far from home to visit a Johns Hopkins doctor. What I had thought would be a conundrum – multiple doctors hadn’t figured it out – turned out to be a textbook case of CREST syndrome. Who knew? On Monday I’ll write more about that, but for now, this is personal.

There are so many different ways a body can attack itself, in so many varied combinations, and with a personal flair in each case, that no two cases look alike. Yet, this doctor named it, and suddenly my life for the past twenty-eight years made sense. Pieces had begun to fall together that long ago, and I hadn’t known they were all connected. No one had. That’s the problem and the difficulty with diagnosing these diseases.

Now that I know, I have been investigating non-stop. I’m overwhelmed with all the new information, the treatment possibilities, and their complications. My emotions are all over the place.

I’m dismayed that what was abundantly clear to this diagnostic doctor wasn’t obvious to the previous specialists who should have recognized it. Precious time was lost for stopping its progression.

I’m relieved to finally know what’s wrong with me.

I’m upset with myself for not taking better care of my body. I learned to ignore pain over the past twenty-eight years. I thought that was just how it was, so I soldiered on. Better self-care might have preserved sensation in my (purple) feet. 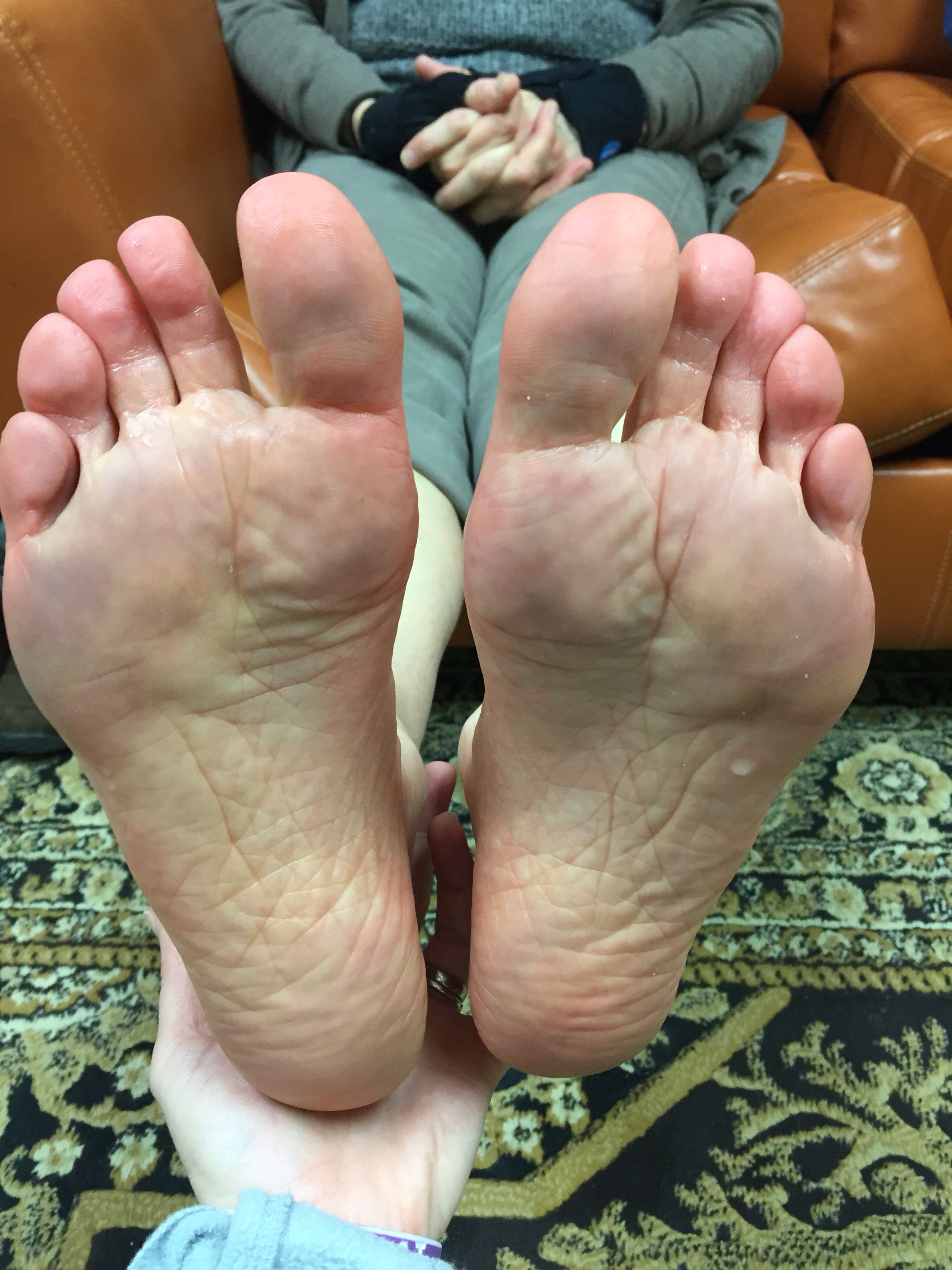 I’m scared about the use of cancer drugs and biologics in our treatment arsenal. CREST is a full-body attack on all my blood vessels, connective tissues, GI tract, skin in various places, and more. We have to keep everything from becoming fibrous and knotted up, and we have to stop its progress everywhere.

I feel betrayed by my body. It’s supposed to take care of me, not turn on me like this, hitting me in the most frightening and delicate of places.

I’m lonely, because I’ve been isolated with crushing fatigue, far from extended family. Hardly anyone understands. I’m thankful for you who do. Truly thankful!

I have the willies, like a cancer patient feels before the doctors dig that awful thing out of there, except this cannot be removed. It’s my whole body.

I feel misunderstood, and I want to be seen and known. This disorder makes me invisible and unknown. I am a mystery to most of the people who know me.

He knows. He wove my body together in my mother’s womb, designing me, giving me the genes that tended toward this disorder, and launching me into a small town where environmental pollution has wreaked havoc. In fact, He designs the progression of this ailment specifically for my good, to make me into the woman He wants me to be. He knows exactly what’s going on. 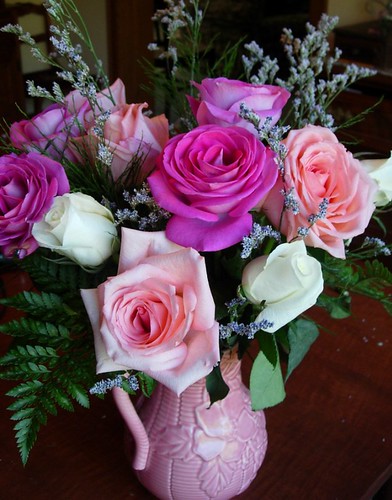 I wanted this transformation to be accomplished by roses, accolades, success, and beauty. I understood the true human condition so poorly, that I thought surely these would work better.

But, since 1988, each step of this disease has been used by God to refine me. Some of my most significant growth has come through this. And the timing of the virus that catapulted it forward in 2013 was perfect for what God intended.

He is with me in this. It isn’t a mystery to Him. He is in control. He has superintended. He has overseen. 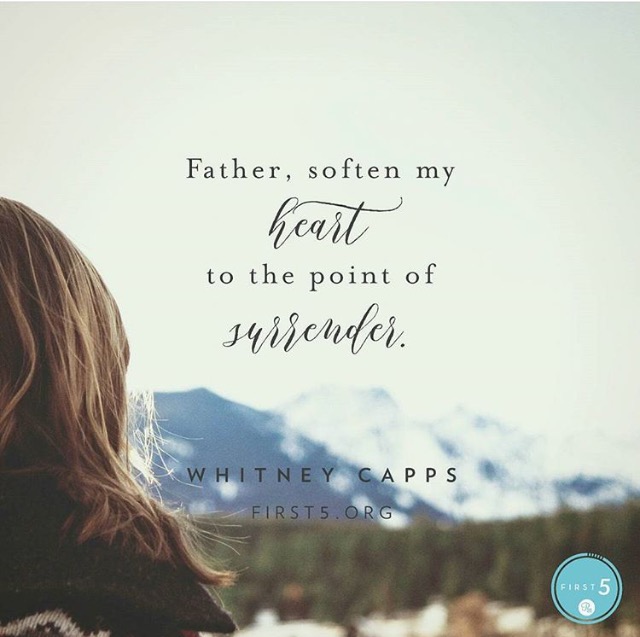 Can I let go, yield to this, and simply trust Him?

The truth is that God is using and will use this for good now and for the rest of my life. The benefits of obedience will follow me into eternity. Nothing can separate me from Him, not even sickness and death. He uses all for my welfare, bringing me closer to the day when all God’s promises are fulfilled.

He is in it. With me. Exactly as He is in it with you. We need not fear what He superintends. Lord, enable me to grow to have an eternal mindset.