I’ve been greatly discouraged. It’s been a dark time. I’m a recovering idealist. Real life has been a shocker, especially of late. I’m of hopeful temperament, an optimist, one who expects that everything can and will work out, that all problems can and will be solved.

I hope and dream that everyone can realize and deal with their “stuff,” that we’ll all then work together to make beauty and healing come to fruition. I want everyone to love Jesus, all of us to hold hands in unity, and then for the harmonies to ring out as we sing Kumbaya around the campfire. I especially want this within my own lifetime. Who doesn’t!

But look around. Do we see this happening? Not so much! 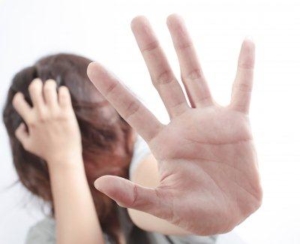 Until I picked apart this unrealistic expectation, I didn’t realize why a deepening depression was growing within me, why I constantly battled the if only’s. Crises, such as our recent political landscape, continuing racism, and the dismal state of the American church, in my mind, should be a time for reflection and repentance. Then, all having repented, we can talk one with another, mend fences, and move forward together. Everything tied up neatly with a bow.

But, of course, humans will continue to be humans. That’s what we do. This harmony won’t happen until Christ returns. I know this theologically and academically. But I didn’t expect the living out of it to be so difficult, so discouraging as to bring me to despair that things are not as they ought to be.

I’ve grown increasing thankful for the Biblical record. The messy lives of Biblical people are included in the text. Nothing was left out. No sins were hidden; everything was revealed. Every one of the people that we hold up as a shining example in the Bible has all of their dirt uncovered for all to see. They are just like us.

And yet, God held on tight to each one. He never let go of them, even if they let go of him in moments of failure. Even today, he remains ever hopeful and committed to them.

Hebrews 11 details a long list of faithful people, strong people of the faith, deeply flawed people, and yet the wrap-up that confirms their faith isn’t that all their hopes and prayers came to fruition. The confirmation of their faith is that they continued to trust God, even when those hopes and prayers did not happen in their lifetimes.

“These were all commended for their faith, yet none of them received what had been promised, since God had planned something better for us so that only together with us would they be made perfect” (Hebrews 11:39-40 NIV).

There was more work to be done down the road. God had more believing lives to weave into the story after their lives. The story included others yet to be born, those who would follow in their footsteps. It’s the same with us. Our stories don’t end when we die. They are carried on in the lives of those we’ve impacted.

The story isn’t complete yet. When our small part is played out, we then move off stage for the next group of actors to play their roles. God is crafting the story. He saves the best for last.

Can I simply trust God? Even if I don’t know where the story is going, even if I can’t comprehend the whys, even when my brief scene or tiny role rushes by while I’m still striving to grasp the context? Yes?

Find more encouragement for battling the “if only’s” HERE.