I had a dream! I would create a family exactly like the family of my maternal grandparents. My family would live all around me, nearby so they could visit often. Our home would be filled with laughter. Harmony would reign. I’ve pursued this mothering dream all my life.

The unattainable dream never materialized. My husband and I are not my grandparents. My children are scattered all across the country. Recently, we ourselves relocated yet again. We weren’t able to raise them all in one community all their lives. We aren’t always harmonious.

Then I realized I hadn’t seen my grandparents’ lives clearly. I had missed the dark edges. I had sought an ideal that didn’t exist. There were shadows I hadn’t examined, facts I had overlooked, but therein lies the fruit of their faith. The dark parts made them into the kindest people I’ve ever known. 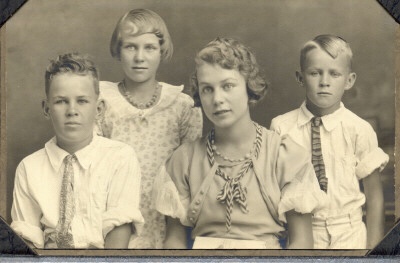 My grandmother as a young teen (front center) with her siblings.

During the Dust Bowl, my grandmother’s childhood family left Oklahoma to live in their car in a tent city. Because they were poor, her father and mother had to pack up and drive their family to California to pick fruit, so they could survive. Not idyllic.

As a young man, my grandfather played semi-pro baseball while attending business college, but then WWII changed everything. Disappointed, he had to give up both baseball and college to work as a surveyor constructing an army base. 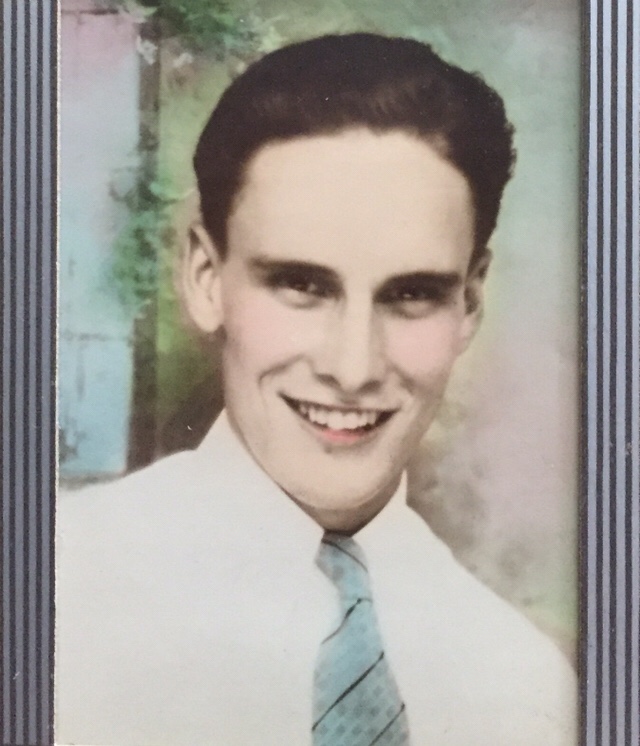 My grandfather as a young man at age 21. This photo was taken for my grandmother (below) during their engagement. 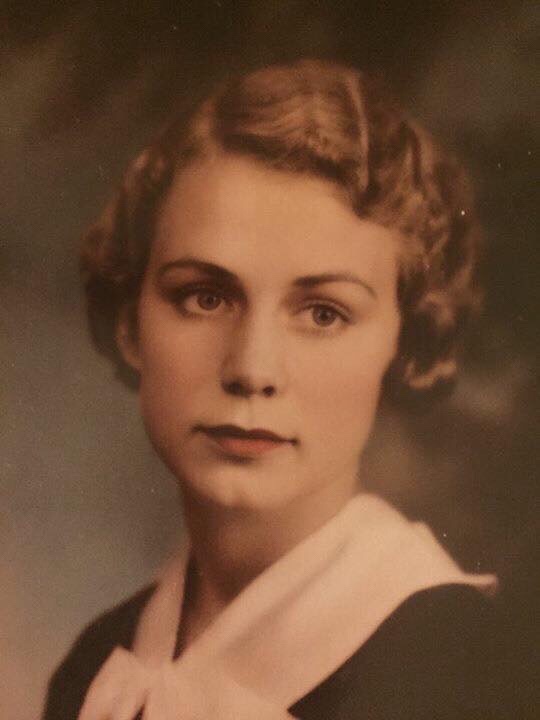 When he married my future grandmother, they started young and poor. Surveying work relocated them several times. Eventually they lived in a garage apartment far from their hometown – two children, husband, and wife in a one-bedroom apartment with a foldout sofa bed.

Their third child was stillborn, a little boy. That same year, my grandmother’s brother lost a two-year-old boy who accidentally drank gasoline as his father was working on the car. About a decade later, that brother committed suicide. Horrific losses!

My grandparents as a young married couple with two children, right before the stillbirth of the third.

My grandpa’s father suffered a heart attack in his forties. Though my grandfather loved surveying, as a dutiful son he returned home to farm their land, even though his parents had sold the farm where he’d grown up. Thinking it would better suit the young couple with a growing family, they had bought the next farm over – drier farmland, but with a large house on it.

Once my grandparent’s children were all grown, those children obtained degrees and moved elsewhere. My grandparents’ children had bigger dreams, and having given up their own dreams, my grandparents encouraged their children to chase those dreams.

The children returned for visits, but most days only one of their four children lived anywhere near. Their home was now quiet, the children gone. And then, Grandpa died young. Fourteen years later, so did Grandma.

This wasn’t the idyllic family life I had imagined. I’ve faced my own trials and hardships, and now that I’ve removed the idealized memories and focused on the reality, I find several important truths.

When my teenage husband first met my widowed grandmother, he thought she was the first Christian he’d ever met. Of course, that wasn’t true. But those losses and that suffering coupled with her trust in God had transformed her. Faith made her kind through hardship, a comfort to others in their own hard times.

While focusing on growth into a woman of her character, I had also aimed at something I couldn’t control – all my family living near me, surrounding me with laughter and harmony. What we really want is for our children to love Jesus, to find their place in the world, and to branch out and achieve their dreams.

I wanted this. But I thought I could have all of it. Usually, you cannot.

I need not pine for that impossible mothering dream. That is not the path God gave us. We have encouraged our children to seek their dreams and to pursue what God has created them to do, and thus we follow my grandparents’ example of loving their children. The rest is in God’s hands.

To be selfless, to be sacrificial, to grow through trial, and to love the Lord increasingly throughout my lifetime as a mother is the growth I seek. That is how my grandparents lived. That is what I pursue with God’s help. That is a dream worth pursuing all my life.

Do you have an ideal for which you strive, but never seem to attain? Have you had any impossible dreams that you’ve pursued as a parent?