“The Word (Jesus) gave life to everything that was created, and his life brought life to everyone. The light shines in the darkness, and the darkness can never extinguish it” (John 1:4-5 NLT).

Satan got one hour—one period of time. That was it. But it was the most important hour in the history of humanity, and he seized what he was given, just as God had planned beforehand.

Satan is constrained. We see this clearly in the book of Job where God draws Satan’s attention to Job and establishes the limits within which Satan must remain. Satan can only do what God allows him to do. Within those parameters he exercises his evil intentions to the full.

Therefore, when given permission to enter Judas and bring about Christ’s death, Satan did his worst, destroying Judas in the process and inspiring all the suffering Christ endured.

Every laceration, every whiplash, every tearing out of Jesus’ beard, every glob of spittle that hit Jesus’ face, each mocking statement, each fleeing and terrified disciple, each spike hammered into sacred flesh, every hovering raven that harassed—all of these were maximized by Satan. It was his hour, the hour of darkness (John 13:2, 27, 30b; 14:30-31; Luke 22:53b).

Though hard to comprehend, it doesn’t appear Satan knew that the outcome would be his defeat and Christ’s ultimate triumph. God’s plan was hidden from even the angels, fallen and elect. That God himself would put on human flesh and come down to be the sacrifice for the sins of mankind was a mystery.

“None of the rulers of this age understood this, for if they had, they would not have crucified the Lord of glory” (1 Corinthians 2:8 ESV).

God planned for Jesus, God in the flesh, to be crucified. His death was necessary for our forgiveness. Through Christ “God reconciled everything to himself. He made peace with everything in heaven and on earth by means of Christ’s blood on the cross” (Colossians 1:20 NLT).

The angels (and Satan is a fallen angel) knew God was up to something, because the prophets had testified to it; but it was veiled from even them, though they longed to look into it (1 Peter 1:10-12). That God would lay down his life to purchase the church as his bride was inconceivable.

Of this, Paul said: “I was chosen to explain to everyone this mysterious plan that God, the Creator of all things, had kept secret from the beginning. God’s purpose in all this was to use the church to display his wisdom in its rich variety to all the unseen rulers and authorities in the heavenly places” (Ephesians 3:9-10 NLT). 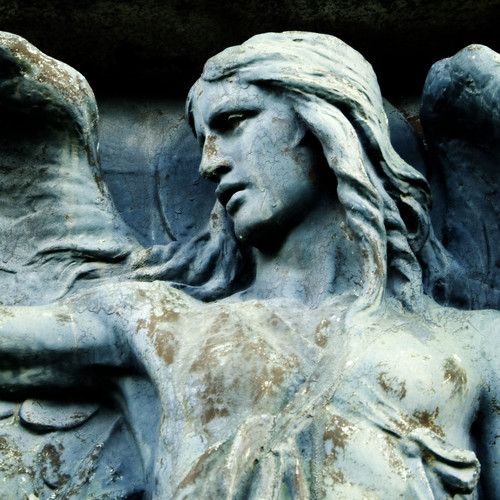 Even the angels needed to be informed. This was God’s eternal purpose.

So when Jesus reclined at the Last Supper table, dipped the bread, and handed it across to Judas, Satan entered him, and Jesus said, “What you are going to do, do quickly” (John 13:27 ESV). Out he went.

Immediately after Judas left, Jesus gushed a victory statement. His triumph was at hand! “The time has come for the Son of Man to enter into his glory, and God will be glorified because of him. And since God receives glory because of the Son, he will soon give glory to the Son” (John 13:31-32 NLT).

The hour of darkness would result in Jesus, Son of God and Son of Man, being glorified. First he would die like a kernel of wheat that falls into the ground, that it might bear much fruit (John 12:23-24). And then he would rise. Satan was the tool used to bring it about. Christ’s death would save us, and his resurrection would justify us in God’s eyes.

To God be the glory!