What is Faith? Part 4

“By faith, we see the world called into existence by God’s word, what we see created by what we don’t see. By an act of faith, Abel brought a better sacrifice to God than Cain. It was what he believed, not what he brought, that made the difference. That’s what God noticed and approved as righteous. After all these centuries, that belief continues to catch our notice” (Hebrews 11:3-4 NLT).

God is mystery. Even though we have God’s written description of who he is and how he works, we still find him unfathomable. The unseen God created the universe from unseen things, speaking all into existence. He coordinates all of history, working together for good everything that touches the lives of those who love him, while promoting his purposes of grace to reach all who will believe.

He weaves each human being together in the womb.

He ushers each through death.

Nothing is random in God’s hands. He uses it all.

At the dawn of time, human beings didn’t know how to write. Adam wasn’t propped against a tree taking notes. The oral history of God and his ways was communicated by Adam and Eve to their children and their children after them for generations.

Our earliest written records were from these descendants—a list of Sumerian kings who ruled in walled cities before “The Flood swept over” the earth. Later God inspired Moses and others to take quill or stylus in hand to give us a more accurate, precise, and detail-filled record.

Within the first generation we already see evidence of sin’s destruction. Human families were broken from the beginning. The firstborn killed the second born, and human death entered God’s story. My first novel, Refuge, swirls around this first murder and what happened next. 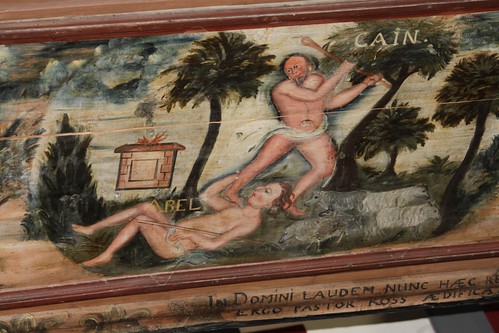 Based on what the first family knew of God, they understood that they were sinners, and they had some type of sacrificial system in place before the instruction of the law of Moses. How did they know?

Though few other explanations were recorded in those first slim chapters, God was not silent. He never is. Look around. Just like us, they knew the truth about God because he made it obvious to them through the natural world and his quickening in their hearts (Romans 1:16-32).

In God’s eyes, there was a right way and a wrong way to sacrifice. It had to do with the heart and faith. It still does. 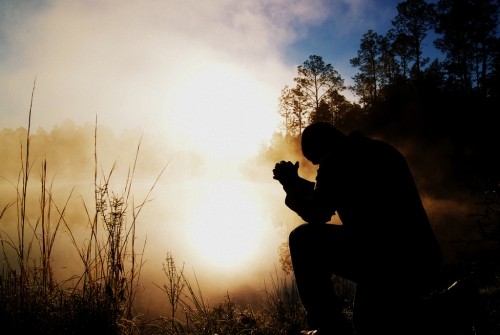 Abel staked his life on who he believed the unseen God to be. He offered his best with contrite heart and bowed knee, knowing he was unworthy. That was, and continues to be, the heart attitude we must have to draw near to God.

Cain offered what was convenient with unprepared heart, going through the ritual, perhaps only because it was expected and he wanted to fulfill a family obligation. In the church we can easily fall into this same pattern. But this is not faith.

Abel’s heart and the consequences of his wholehearted devotion to God call us to examine our own hearts. Do we approach God as Abel did? Do we stake everything on what we know to be true of God, no matter the consequences? Do we give God our best? That is true faith.

Each of us must consider our hearts, because our actions can be deceptive, as Cain demonstrated. He also sacrificed. His outward actions looked like Abel’s, but God saw his heart. Are we merely going through the motions? Are our hearts like Cain’s?

Or do we believe the Lord to be as Paul described him thousands of years after Abel?

“Oh, how great are God’s riches and wisdom and knowledge! How impossible it is for us to understand his decisions and his ways! For who can know the Lord’s thoughts? Who knows enough to give him advice? And who has given him so much that he needs to pay it back? For everything comes from him and exists by his power and is intended for his glory. All glory to him forever! Amen” (Romans 11:33-36, NLT).