Together as Americans, we pause to thank God for our many personal blessings and for the blessings of living in a society where we have freedom of speech, freedom of religion, and freedom to engage in the political process.

Some of our elected officials recently displayed kindness in the public square, prompting me to thank God and to pray anew for the possibility of less political vitriol.

Newly elected Republican Congressman, Dan Crenshaw, went widely public several weekends ago when one of the Saturday Night Live cast members, Pete Davidson, lampooned him for his war injuries, of all things, wounds which Crenshaw will carry for the rest of his life because of his heroic actions on our behalf. (A warning about that link: The comments are crude.)

Representative Crenshaw responded in an astounding manner. His initial comments were that Navy Seals, such as himself, don’t take small things like insults personally. He demanded no apology, didn’t ask that Davidson be fired, remained pleasant, and suggested that, should Davidson want to make the effort, he might consider donating to a veterans’ organization. 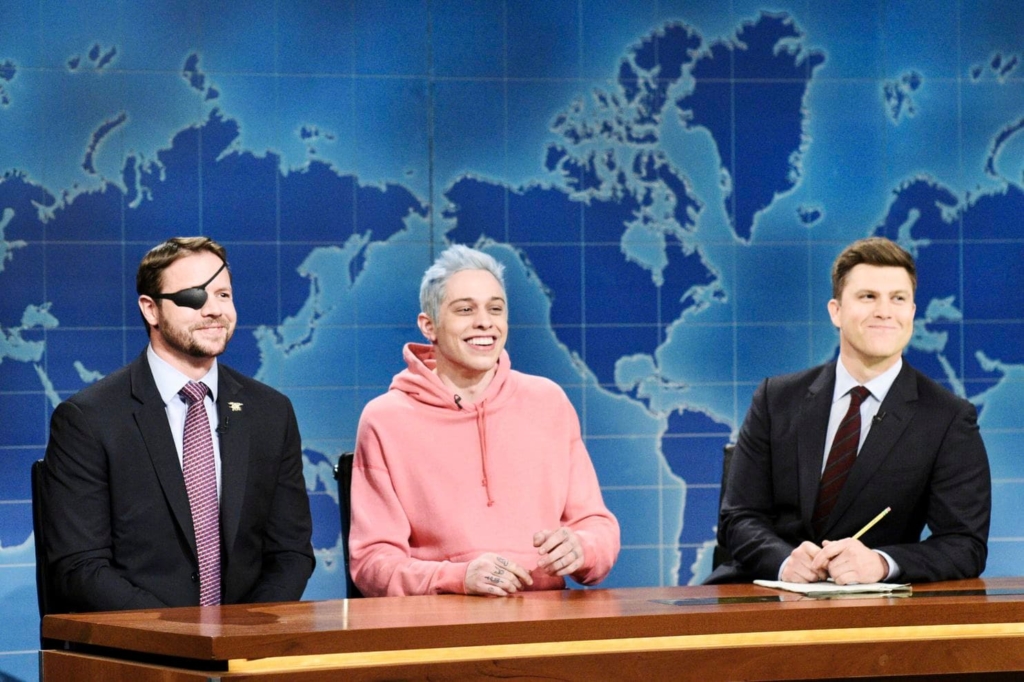 On Veterans Day weekend, Crenshaw was then invited to appear on Saturday Night Live (above), where he responded with good-natured humor, which you can see HERE.

Crenshaw also wrote a piece for the Washington Post. Here are a couple of quotes from that article: SNL mocked my appearance. Here’s why I didn’t demand an apology.

“Assuming the worst about your opponents’ intentions has the effect of demonizing their ideas, removing the need for sound counter-reasoning and fact-based argument. That’s not a good environment for the exchange of ideas. When all else fails, try asking for forgiveness, or granting it.”

“I get the feeling that regular, hard-working, generally unoffended Americans sigh with exhaustion — daily.”

Yes, we do, Congressman. We do, indeed.

I invite you to read Representative Crenshaw’s post by clicking HERE.

Soon afterward, another effort toward reconciliation occurred in a more private space on the same weekend. Yet another Texas politician also exemplified this type of gracious attitude and behavior.

After his failed attempt to unseat Senator Ted Cruz, Representative Beto O’Rourke, a Democrat, encountered his former opponent in the airport boarding area as both awaited their flight to return to Washington, D.C. It was the first time they had seen one another since their hotly contested political fight.

Congressman O’Rourke and his wife went out of their way to approach the Cruzes, to congratulation them on their well-fought political campaign, and to shake their hands. We only know this because a fellow passenger snapped photos and posted them on Twitter. See it HERE. Of course, this news also went wide.

The Bible provides instructions for how we should speak to those we might consider “outsiders” or opponents in any way, whether they’re practitioners of another faith, members of a different political party, people of another race or nationality, or even family members with whom we quibble on this holiday.

“Put on then, as God’s chosen ones, holy and beloved, compassionate hearts, kindness, humility, meekness, and patience, bearing with one another and, if one has a complaint against another, forgiving each other; as the Lord has forgiven you, so you also must forgive” (Colossians 3:12-13 ESV).

“Walk in wisdom toward outsiders, making the best use of the time. Let your speech always be gracious, seasoned with salt, so that you may know how you ought to answer each person” (Colossians 4:5-6 ESV). 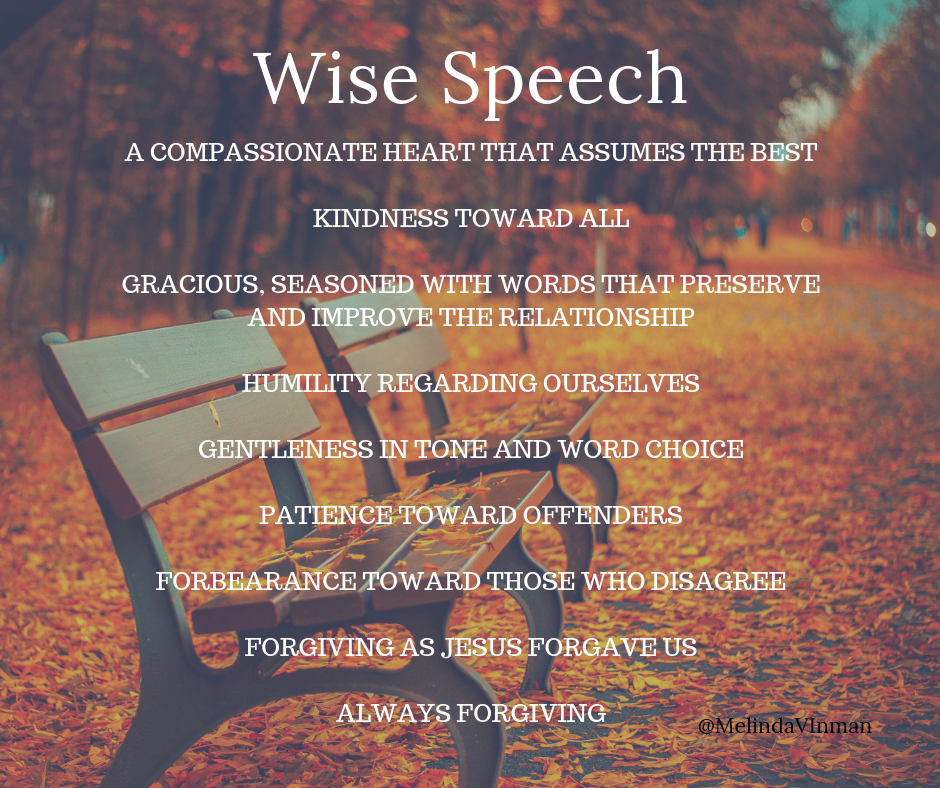 We’re all fallen people. Holding a grudge or taking up an offense comes easy. But, with the help of God, I hope and pray that we might choose a different path.

The compassionate heart of Christ is our example. As he bears with us in kindness, compassion, humility, and patience, so we are to do the same toward others. Just as he has forgiven us, we must also forgive one another. It is usually not within ourselves to carry this out. Only with God’s help can we do this.

We're all fallen people. Holding a grudge or taking up an offense comes easy. But, with the help of God, I hope and pray that we might choose a different path. The compassionate heart of Christ is our example. Click To Tweet

When we are wise and gracious toward people in “opposition,” we redeem the time, making the best use of it. True gracious speech and behavior is given freely with no expectation of return. It’s not bestowed because of any merit in the other, but is given out of a heart overflowing with kindness. This is Christlikeness in action.

Just as God has forgiven us, we must also forgive one another. It is usually not within ourselves to carry this out. True gracious speech and behavior is given freely with no expectation of return. Only with God's help can we do this. Click To Tweet

I hope the kindness these younger members of Congress exhibited will head us back toward more civility as a nation and as individual persons. Regardless of their own personal beliefs, they have set us an example of godly behavior. Perhaps our nation can quit fighting and can unite to move forward as Americans together, rather than as divided political parties. In like manner, perhaps we can also forgive our own friends, coworkers, and family members.

This Thanksgiving, in addition to expressing my tremendous gratitude for my family and for the freedom to openly practice my faith, I hope and pray that the Lord will grant us peace after years of dissension over our last general election. May he also grant peace within our families.

For what do you hope and pray this weekend? 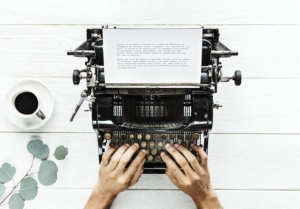 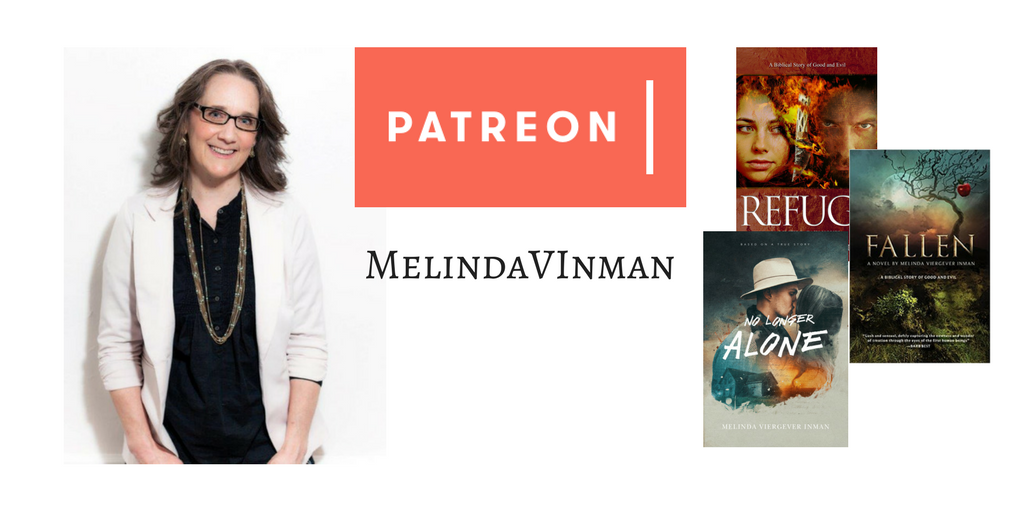