Rest was God’s idea. But the concept of Sabbath rest was introduced to me as one of many rules to be kept. In the 1980s and 90s, I didn’t know much of the Bible, had a fear-based view of God, and was living as a rigid pharisaical fundamentalist. I parsed rules and sought to obey them in my own strength. I wore culottes and head coverings and threw out all my contemporary Christian music.

The overarching message of the Bible is God’s love and passionate pursuit of us. I didn’t know then that his love undergirded all he said and all he did.

“And the Lord said to Moses, ‘You are to speak to the people of Israel and say, “Above all you shall keep my Sabbaths, for this is a sign between me and you throughout your generations, that you may know that I, the Lord, sanctify you“‘” (Exodus 31:12-13).

It is the Lord who sanctifies us, not we ourselves. He gave the Sabbath as a sign, a reminder forever that he makes us holy, consecrates us, and empowers us for growth.

When we’re sleeping or resting, we cannot work to earn our own salvation or strive to make ourselves holy. God gave us these huge hunks of restful time so we could recognize that it is HE who transforms us. Rest is a reminder of the Lord’s goodness. I can’t do anything to earn my way. He has done everything to obtain my salvation, to bring me in, to sanctify me, and to sustain me.

Clearly, the ancient Hebrew people, like me, missed the point. They, like me, worked hard to keep those rules and laws. The Pharisees even made more rules that kept them from breaking the original rules, also like me. Rules on top of rules. Keeping rules didn’t change my heart, or theirs. Rather I was an arrogant hypocrite. I’m guessing they were, too. Like me, they had reduced their relationship with God to a list of dos and don’ts.

In the process of relying on themselves, they had drifted into all the sins of the surrounding nations. Because of God’s love and patience, he forgave and restored them numerous times over the course of 800-1000 years. But in adopting the practice of human sacrifice of their own children (2 Chronicles 28:1-5; 33:1-9) and other abominable practices, they showed how far they had fallen away from their God.

After the first wave of the promised judgment had fallen upon Judah, Ezekiel wrote from captivity. He delivered a God-inspired history lesson to be given to the Jewish elders, explaining why God had to bring judgment. Several times he repeated their violation of the Sabbath and that it had been given so they would know that HE IS THE ONE WHO SANCTIFIES. See it.

All along God had wanted the ancient Israelites to demonstrate to the surrounding Gentile nations who he is. They had failed by becoming legalistic and not relying on him alone. So God had to step in repeatedly and take punitive action. The surrounding nations knew how wicked the ancient Hebrews had become. God had to act, so the world would see clearly who he is – merciful, but also holy and just. 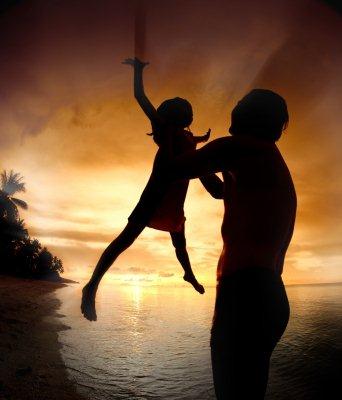 In the New Testament, Paul made it clear that we are exactly like them.

“These things happened to them as an example, but they were written down for our instruction. Let anyone who thinks he stands take heed lest he fall” (1 Corinthians 10:11-12).

Most of God’s disciplinary actions in my life have worked to bring me to the end of myself, so I can see that HE does it all, not me. Because I am such a workaholic and a rabid rule-keeper, he has given focused attention to my health for almost two decades, gently impressing upon me my need for him.

God’s word is sharp and piercing (Hebrews 4:12-13). It exposes my hypocrisy. I don’t know how to rest in him, and he knows it. I keep striving in my own efforts. I keep relying on my own strength. Gently, he removes my strength, causing me to rest in him, boxing me in, making me face him.

His love is relentless.

Rest and sleep and even illness were given to show me a significant, liberating truth about God. He does it all. I am to yield, to trust, and to rely on him. Lord, thank you for constantly bringing me out of my arrogant legalism, my assumption that I can live the Christian life in my own strength.

Can I simply let God be God and rely on him for everything? Can you?