If you’ve been sick for a long time and no one can tell you what’s wrong, I’m writing to you. Relief may be in sight. But action is required.

I was just diagnosed with CREST syndrome, also known as limited scleroderma. It’s a five-pronged issue, a rare form of body-wide arthritis where several autoimmune disorders attack circulation, joints, skin, GI and urinary tracts, lungs, and ligaments. There is no cure.

The treatment goal is to stop the progression and to manage the side effects with medications, diet, exercise, rest, and occupational and physical therapy. Devoting years and constant attention to my health can possibly result in good maintenance.

My first symptoms appeared in 1988. As each new symptom piled on, it occurred in a different part of my body, so I had no idea they were even related. I just thought I had a lot of weird physical problems.

When I caught mono in 2013, it propelled the process into high speed, introducing malaise and the inability to maintain normal energy levels or a work schedule. Fatigue has ruled my life since then. The seven doctors I’ve visited couldn’t put it all together or figure it out.

But I finally received a diagnosis. All the pieces are part of one puzzle. No one before my new doctor even suspected this.

As I’ve been cramming my brain with information about autoimmune disorders, I’ve encountered many stories. Maybe this is your story, too. A diagnosis usually takes four to five years and five doctors. The typical script goes like this:

A woman (60-70% of autoimmune sufferers are women) has myriad weird symptoms with fatigue as the predominant debilitating factor. Her doctor prescribes an antidepressant, assuming it’s all in her head. Of course, this doesn’t help, because her ailment is real. She returns, but is then written off as a “complainer” and gets no further action. Meanwhile, she worsens.

If you grew up before Title IX, you feel the rage burn in your bones when you encounter the first patronizing doctor, especially since the National Institutes of Health has named this a major women’s health issue.

Having read the script before I entered the fray, when my ANA titer (a measurement that indicates an autoimmune disorder is present) first began to rise, I decided to stay off-script as much as possible. I searched aggressively for an answer. 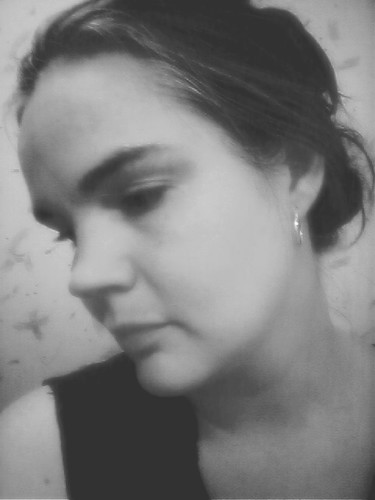 Every year, I set new health goals to propel me forward. The difficulty is that while feeling exhausted and flu-like, autoimmune sufferers must be the driving force behind the search for our own diagnosis. You, or someone you know, may understand how difficult this is.

As 2016 began, I made my resolutions, evaluated my life, and realized I was fading fast. Yet, because I’m fading, my energy and enthusiasm for searching, discovering, and pushing had evaporated. Glumly, I entered “autoimmune” into Google once more.

What happened next was a whirlwind of God’s provision.

The first hit was a 2015 series of articles in Self Magazine about the autoimmune epidemic, which connected me to Dr. Abid Khan who has founded and directs the first and only autoimmune triage center in America. He is a Johns Hopkins and a University of Michigan doctor who solves the puzzle of these ailments in order to make a diagnosis. Then he connects the patient with the specialists she needs.

My husband and I made the trip to his clinic. He listened to me, considered my health history, and diagnosed my disorder. Now I can move forward and begin treatment to attempt to slow the disease’s progress.

If you have been sick a long time, have an autoimmune disorder, or know someone who does, and this illness is either undiagnosed or you are getting no relief with your current doctor, please go see Dr. Khan.

I wrote to provide you with a source that may help you, but my second point is the most significant. God knows what you have, no matter what it is, and He loves you. When you’re fading, cry out to Him. He will help.

Yield to what He’s doing, and let Him teach you to trust Him in this most difficult of illnesses. We have no cheerleaders for this one. There are no pink ribbons or widespread public support. Nobody knows much about this; I know that I didn’t.

But God sees, and He knows.

You are not alone. You are cupped and held tenderly in His hands. And He will work even this together for your good. He orchestrates for your advantage. Trust Him.