If you haven’t seen the Kickstarter campaign for Fallen and maybe aren’t sure what Kickstarter is exactly, click HERE to discover what’s going on. Crowdfunding is the new publishing model I’ve chosen for this novel. Click the link to find out how to reserve your signed copy!

To publish Fallen, $5,750 must be pledged by supporters by the end of June. If the total is not pledged, the novel is not published, and everyone keeps their pledge amount.

For only $25 (or any larger amount) you can secure your copy and support the novel. Upon publication, I’ll mail a signed copy of Fallen to your home – easy, peasy!

I don’t want you to miss it! Come be a part of the team! I need YOU! 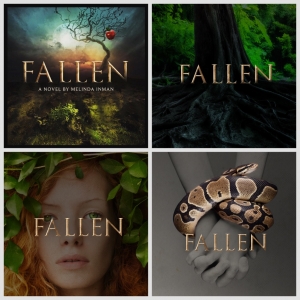 I’ve really enjoyed designing the picture boards about this novel. This was my favorite way to present Refuge as well. If you’re on Pinterest, this is easy. Simply click HERE and enjoy the introductory board. Follow me, I’ll follow you, and you won’t miss anything!

If you’re not on Pinterest, take a peek at these few pictures I’ve shared. If you’re viewing this in an email and the formatting is wonky, I apologize. Come on over to my blog to see the layout as it should be.

These initial pictures show God’s creation of the universe, which occurs in the opening pages of Fallen, followed by pictures of the imagined characters. Passages within quotation marks are directly from the Fallen manuscript.

“The cosmos appeared at the sound of His voice. The order of the universe was established by His words. The constitution of space spread out before them all, upheld by God’s power—an artistic genius at work! Across the void, the Son spoke the stars—a dazzling array. Lucifer heralded each one with bright, staccato tones!” – Chapter One, #FallenNovel (I shrunk this large picture for this blogpost.)

“Around one star, a tiny blue globe now circled. This planet was perfectly positioned for the nearby yellow star to provide light and warmth. Its beams contained a life-giving substance. Lucifer detected that the earth’s elliptical path and axial rotation established time. The Son had created the planet’s time-path to fulfill His intentions. Genius!” – Chapter One, #FallenNovel 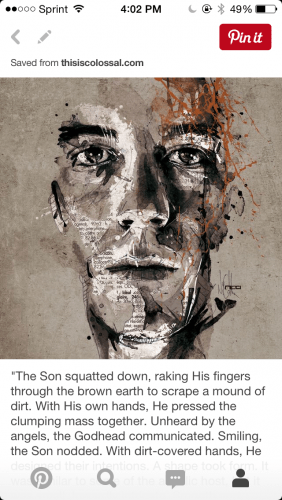 …designed Their intentions. A shape took form. It was similar to some of the angelic host, but it was small. Inwardly intricate. Smooth and beautiful of form. Male.” – Chapter One, #FallenNovel

“Motionless the man observed the sun traveling across the sky, altering the hues with its brilliance. His eyes followed the effect of the changing light, landing on two tall green-topped structures near him. These towered larger and statelier than the others. The one to his right was filled with golden globes, shimmering in the sun’s illumination. ‘That is the Tree of Life,’ God said.” Chapter Two – #FallenNovel 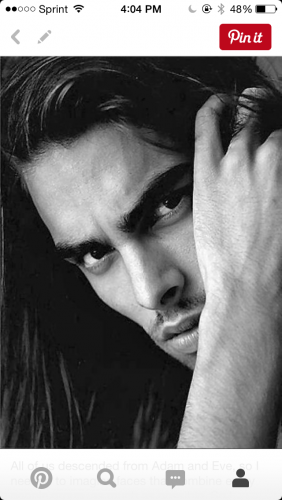 Jon Kortajarena – Spanish model – was my imagined Adam. Since we’re all descended from Adam & Eve, for #FallenNovel I considered people who reside in parts of the world where a large percentage of humankind has crossed, raided, conquered, lived, and reproduced. So I considered faces from northern Africa, Spain, northern Italy, Turkey, and the surrounding countries. #FallenNovel 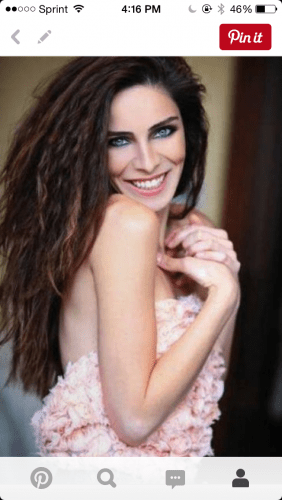 Turkish Actress Nur Aysan could play the role of Eve. #FallenNovel, coming in 2016!

The following three photos show the presence of Lucifer/Satan within Fallen. He is the antagonist, the ultimate adversary. 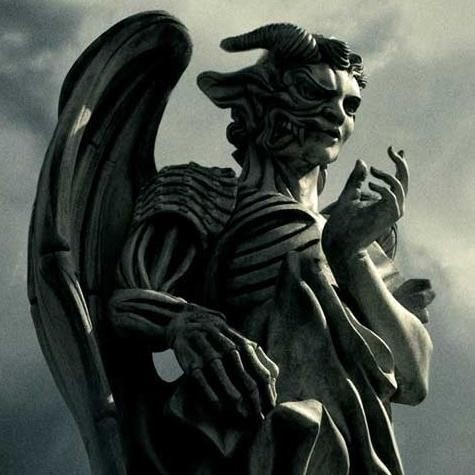 “Dark ruminations filled Lucifer’s mind. Restless agitation troubled him. He had been thwarted. He doubted the wisdom of his God. As he watched the two humans sleeping on the earth, he gnashed over the destruction of all his plans. Yahweh had demolished his expectations and stunned him into silence. Bitterness clutched at him. How could he possibly sing!” – Chapter Six, #FallenNovel 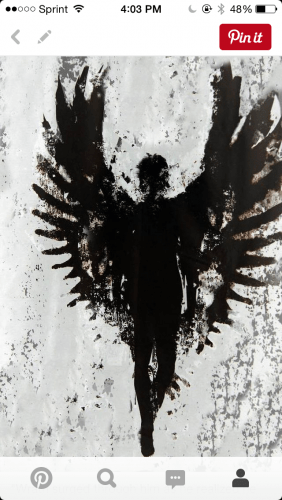 “Wrath surged through him as he realized he had been thoroughly thwarted. A shriek of murderous rage exploded from within, a bellow that increased in volume and fury. His exquisite singing voice appeared to be singed, scorched by his descending fire. Satan curled his ashy spirit hands into fists and raised them both in defiance, shaking with the ferocity of his anger. So be it! He would make God pay.” Chapter 14 – #FallenNovel. 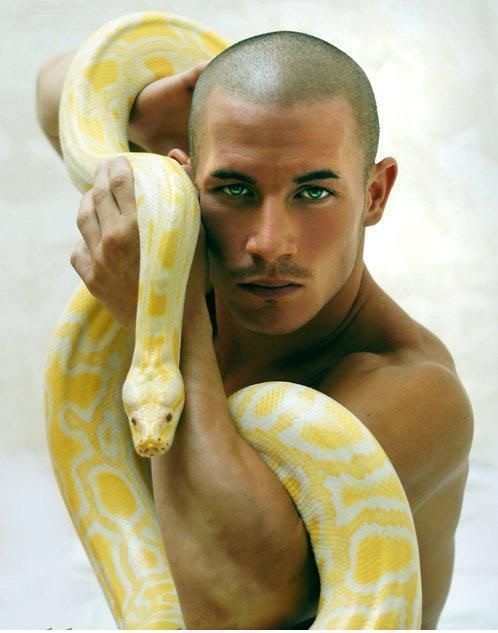 “Could he make himself have an appearance of bodily form? If not, he would twist the natural order of God’s creation. Might he be able to possess the body of a creature in the garden to accomplish his work? He would experiment with this. Satan formulated his revenge. He would obliterate all Yahweh had made that was beautiful, as he had hoped and planned to do all along.” Chapter 14 – #FallenNovel

To help fund this project, become a member of my team, and secure your free copy and other benefits, come to Kickstarter: CLICK HERE.