Once a year on the Day of Atonement a sacrifice for the sins of the people was burned outside the camp (Leviticus 16:27-28). All of the Levitical rules were stringent. As Aaron’s family attempted to learn to implement them, three of his four sons died as a result of not keeping the rules with a pure heart or in the correct manner.

Why did God care so much about these rules, which are now considered by Christians to be the “old” covenant that has passed away? (Hebrews 10:5-10)

Why? Because every stipulation pointed to the gospel. 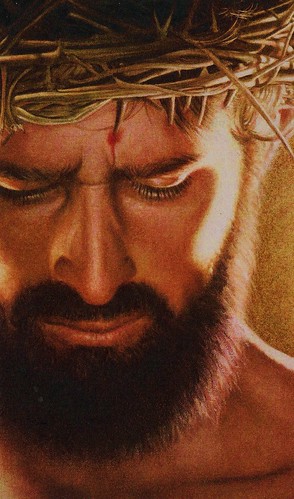 We are sinners. But God is holy. Because of his holiness and our sinfulness, we cannot approach him. We are separated from him. Blood must be shed for there to be forgiveness. Without it, there is no forgiveness of sins.

The Old Testament offerings on the Day of Atonement were a yearly repetition of an illustration of a coming event. They pictured in a flawed and broken way what Christ would do through his perfect sacrifice on the cross.

“For God chose us in Christ before the creation of the world to be holy and blameless in his sight. In love he predestined us for adoption to sonship through Jesus Christ, in accordance with his pleasure and will—to the praise of his glorious grace, which he has freely given us in the One he loves” (Ephesians 1:4-6).

God inspired the Old Testament to contain his written predictions of Christ’s comings and the foretelling of why and what he would do.

One thing Jesus did was to go outside the camp, outside the walls of Jerusalem, to die for the sins of the people. This was why that Old Testament atoning sacrifice had to be made outside the camp, rather than on the altar inside the camp. This is why God declared it to be done in that way, so that we would recognize Messiah when he appeared and died for us in a similar fashion.

That Jesus would choose to leave heaven, where he could have comfortably remained as we sinned and fumbled our way toward death, that he loved us so much that he stepped up as the willing volunteer to die for us, is one of the most endearing facts about him.

A body was necessary, so that he could be killed.

Without human flesh, he couldn’t die in our place as the atoning sacrifice.

He chose this path out of obedience to God. God knew our curious and self-determining minds would choose sin, and loving us, he planned all along to kill his own Son to redeem us.

For Jesus, there was no waffling or pondering. The decision was eternal. But the obedience was excruciating. He stepped up in order to make us pure in God’s eyes and to bring the purifying effect of the Holy Spirit right inside of us.

The end of Hebrews says, “Let us go to him outside the camp, bearing the reproach he bore.” What does that mean for us?

Our identity in him will be painful. We will be misunderstood, shamed, ridiculed, mocked. We won’t be cool. We will be out of step with our culture.

These facts constantly pull at our social need to be an accepted part of the herd. It goes against our societal survival instinct. Yet this is God’s instruction to us.

The blessedness of this, however, is that we’re not standing out there alone.

With his understanding, the need for acceptance by the herd grows weak. He understands everything we suffer and experience as we move through this life attempting to self-identify with him more than with this world.

So, let’s go out to him. He waits for us with open arms. He will encourage us from running back inside to the world with which we are so very comfortable.

“You have come to Mount Zion, to the city of the living God, the heavenly Jerusalem, and to countless thousands of angels in a joyful gathering. You have come to the assembly of God’s firstborn children, whose names are written in heaven. You have come to God himself, who is the judge over all things. You have come to the spirits of the righteous ones in heaven who have now been made perfect. You have come to Jesus, the one who mediates the new covenant between God and people, and to the sprinkled blood, which speaks of forgiveness instead of crying out for vengeance like the blood of Abel. Be careful that you do not refuse to listen to the One who is speaking” (Hebrews 12:22-25a NLT).