I started 2014 by introducing myself and providing more of the story told in my author interview and my coming life story video. Trial, heartache, and joy were used by God to make me who I am today. If you’ve suffered shattering experiences, I hope this encourages you today.

About a month after I committed my life to Christ as a thirteen year old, I suffered a personal tragedy. Destroyed and confused, I told no one. The shock and shame shaped the rest of my life.

My heart grew cold toward God as I stumbled through junior high, trying to recover. I didn’t know how to turn to him or how to process it; so I buried it and pressed on, not recognizing what was happening to me internally.

I quit bathing. I withdrew. I felt all alone in the world.

My sense of self-worth was decimated, my boundaries destroyed, and my relationship with the Lord grew distant as, year by year, I faded away. I didn’t know then that the remedy was to turn to Jesus for help. For the first time, he felt far away. When he sent help, I rejected it.

In this condition, I fell into moral sin. I made decisions that sent my life in a new direction.

For twenty years afterward, Satan kept me tied in knots, persuaded that God could never use me now. I had messed up God’s will for my life. Now, Satan lied, I would not be able to have the life God had planned for me. I had diverged, heading off into unmarked, unordained territory.

I was now out in Nowhere Land, outside of God’s plan. As far as God’s working in the world, my part was over.

This insidious lie, this supposed reality, crushed me to powder. I had loved Jesus since I could remember. I wanted to be used in his kingdom; but now, I thought, I was too dirty to be used. This devastated me.

This lie kept me in anguish for two solid decades. I didn’t know anything then about the sovereign goodness of God. Christian writers of the day were part of the problem. One famous family ministry leader wrote that teenagers often make mistakes that “ruin” their lives, implying that it was all over at that point, irreparable.

Isn’t God the God of second chances? Isn’t he like the father in the story of the prodigal son? Doesn’t he run to sinners with open arms? Doesn’t he go after lost sheep, scooping them off the precipice?

The bible is full of such redeemed sinners. Isn’t it the same today?

“And we know that God causes all things to work together for good to those who love God, to those who are called according to His purpose. For those whom He foreknew, He also predestined to become conformed to the image of His Son, so that He would be the firstborn among many brethren” Romans 8:28-29 (NASB).

We tend to think this means natural disasters or circumstances outside our control, and it does; but it also includes every event that touches our lives, whether someone else harms us or, in our brokenness, we commit life-altering sin.

God knows about these things in advance. They don’t surprise him.

He’s not wringing his hands, caught off guard, saying, “Oh no! I didn’t see that one coming. Now what do I do? I’d better throw something together quickly.”

No. Think about it. We’re talking about the omniscient God! 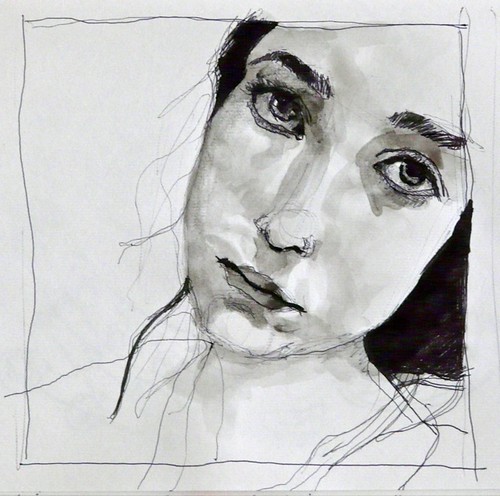 Knowing everything beforehand, he orchestrates every event in our lives to accomplish his will, to bring good, and to transform us to be like his Son. This is one of the most glorious facts about our God! What kind of miraculous God can take all our messes and create beauty? Who but Jesus can heal our deepest hurts, our corrupted choices, and our deceived minds?

Romans 8:28 really is true. There is nothing outside the parameter of the Lord’s redemptive capabilities and grace. For this, we can thank him forever and ever. He uses it all for good!

So, if you’ve fallen far, if you think you can never be redeemed, can never be used, it’s a lie. Believe the truth. God is the God of redemption. He spilled his own blood to buy you back. He wants you for his own. You are valuable in his kingdom. You can help other people just like yourself. He knew you would sin, and he plans to use it for good.

Have you ever lost sight of God’s love, believing he cannot use you for his glory? How did he put you back together? For what can you praise him?