As part of the launch of Fallen, I hosted three giveaways to take my novel into new venues and to have the opportunity to give away my story of God’s love for all of humanity. “For God so loved the world that He gave…”

The Goodreads Giveaway ended on St. Patrick’s Day, a day we remember the former slave who brought the gospel to Ireland, which resulted in God’s Word eventually going into much of Europe. That giveaway sent Fallen to every corner of the country, with God’s warmth and love for humanity wafting from the pages. I had prayed for this result, so I was thrilled to send my story far and wide!

My personal giveaway ended on April Fool’s Day, a day that typifies so much of human life here on earth. We’re foolish so often! And today we’re ending the Amazon Giveaway and the launch itself on Tax Day, an annual remembrance that this is NOT Eden, as our government legally requires a large chunk of our wages.

We’re definitely fallen, and the rest of creation with us! 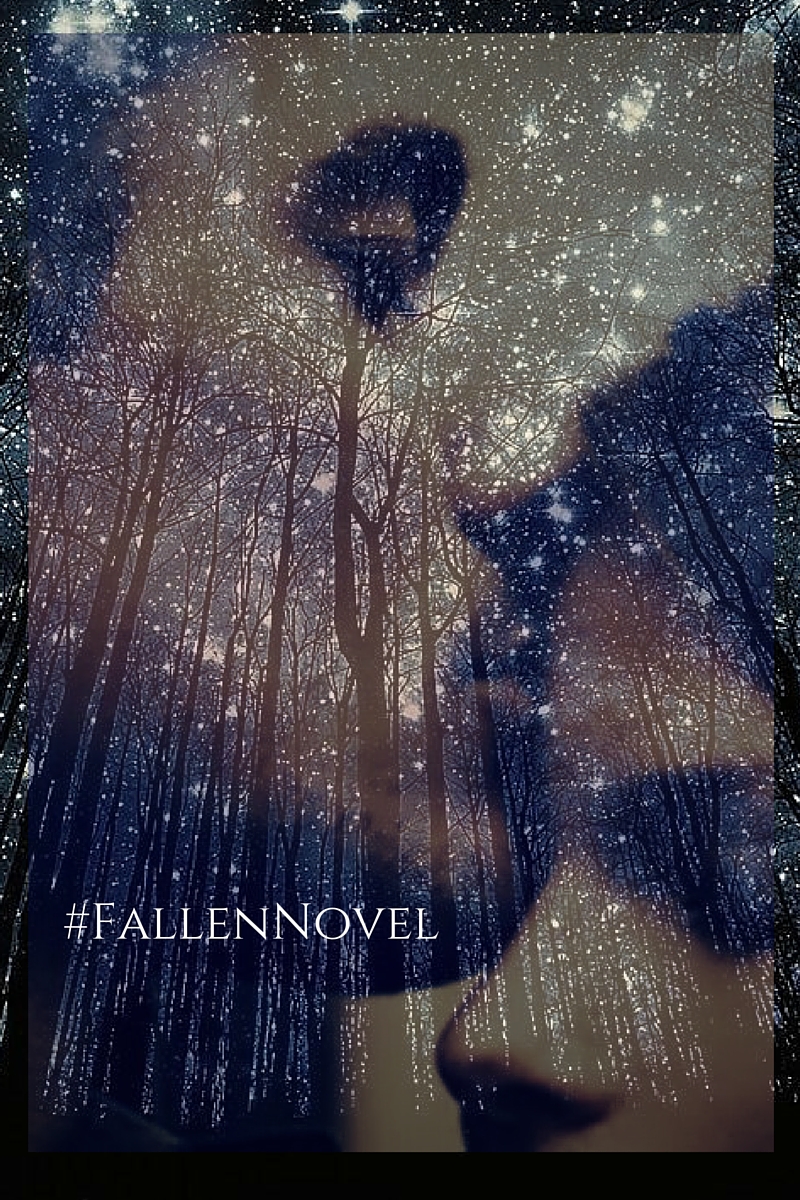 Fallen is a story about the incredible mercy and grace of God. In the beginning, we chose to disobey, yet He already had a plan in place to redeem us by sending His Son. He loves us that much! The story starts with creation and features Adam and Eve and their destructive decision. This event still affects us today

My focus on married love is one important aspect of this story. The only human relationship unspoiled by sin (initially at least) was the marriage between Adam and Eve in the Garden. Since marriage illustrates our relationship with Christ for eternity, this is what I attempted to write. God refers to this model repeatedly from the beginning of the Bible to the end. Married sex is a beautiful expression of intimacy and oneness and, like worship, is as close as we get to Eden in this lifetime.

I wrote this innocent and unflawed marital relationship with great care. One reviewer wrote this about my portrayal: “Her interpretation makes me yearn for what could have been—and I have a solid, wonderful marriage. If you’ve never experienced healthy love, you’ll gain valuable insights into what such a relationship can look like.”

Take a peek at an early scene. The man has just named the woman “Ishah” and himself “Ish,” the Creator has rejoiced with them, and now they experience their first night together. 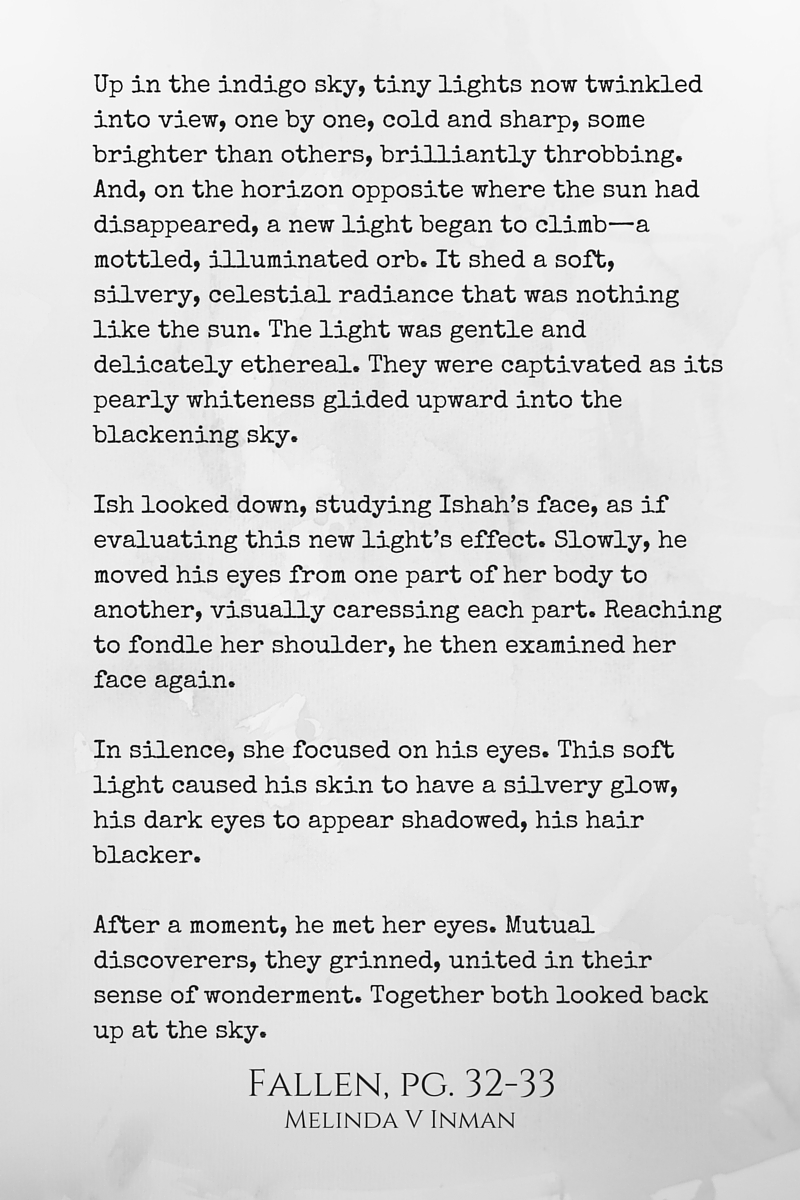 For more on my exploration of the marital relationship within Fallen, HERE is my previous post explaining why PG-13, discreet, and tastefully written marital relations occur within the novel.

Now that you know a little more about this story, come be a part of my last giveaway! I’m giving away TEN Kindle ebooks on Amazon – no purchase necessary. The giveaway ends at midnight Pacific Time tonight! 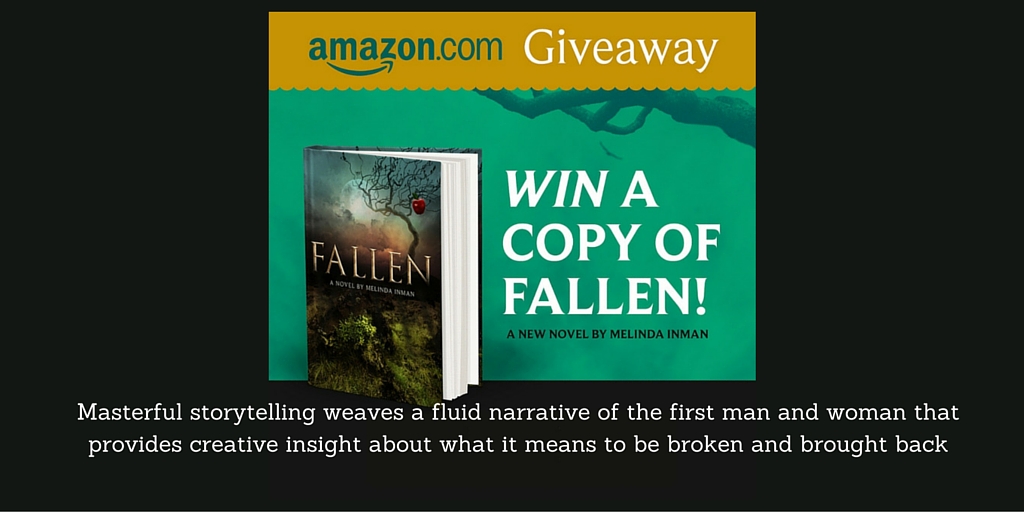