Let’s discuss the Kickstarter campaign for Fallen. A work-intensive event that advances the gospel AND tells the story of the foundational event in human history is going to take time for recovery and reflection, no matter the outcome. But, with a “YES” on moving forward, it was far more fun to contemplate! 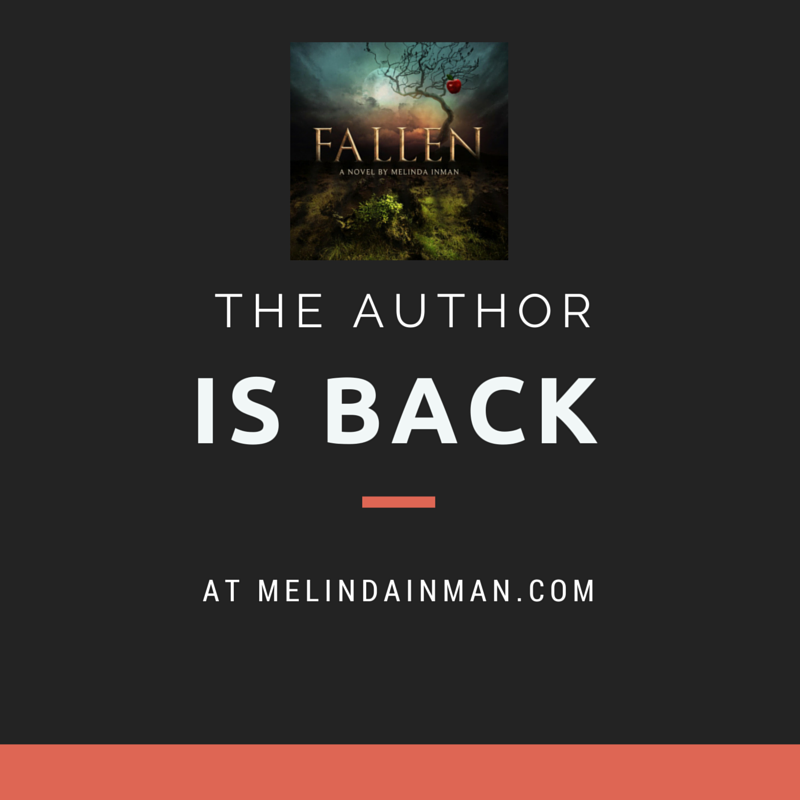 The lessons in faith I learned by carrying out a successful Kickstarter campaign were a large part of my contemplation over my break. The Lord orchestrated this.

First, the Lord blessed me with a terrible winter. This was beneficial! My chronic illness was awful from January through March. During these months I was largely bedridden with fingernails-on-a-chalkboard-type pain. To keep my mind off it, with cellphone under the covers or laptop sitting on my chest, in short spurts I researched crowdfunding.

Even though I was so sick, I began to feel a certainty that I could do this campaign, that the Lord was leading, and that he would provide. Praise the Lord for kickstarting my faith by bestowing trust and confidence while I was weak and unable!

He is able, not me. This is the lesson.

As I then prepared the campaign with my designers, the Lord blessed me with the best health I’ve had in over two years. This boost allowed me to accomplish a lot! In April I felt almost normal as I wrote content, collaborated with NuuGroup, filmed video footage, and planned the social media.

After the foundations were laid, my health gradually took a downturn throughout May. I continued working from a horizontal position, exercising disciplined care of my body, and resting frequently. In this way, the Lord enabled my preparation.

I knew the month of the campaign would tax me physically, emotionally, and spiritually. I had prepared for the marathon, and it was here. I continued my structured self-care for the entire month, including the grueling final social-media blast.

The Lord sustained me, sent others to encourage me, and also taught me.

I was stretched as a writer. It’s always a writer’s challenge to discern what the reader does not understand and then to explain it. Kickstarter and crowdfunding were unfamiliar concepts to most, so I had to discover new ways to present it clearly.

I was stretched as a marketer. And then the Lord moved readers to help me promote the campaign. This spread the word to far more people! Thank you! You were such an encouragement to me!

My faith was stretched. On June 29, I wrote about how the Lord had used 1 John 5:13-15 to uplift me. To demonstrate my love and trust to Jesus, I wrote my blogposts for afterward as if the campaign had been successful. I also refused to discuss or ponder what I would do if it wasn’t successful. My goal was to act in faith.

Today the Lord uplifted me again where I am in my quiet time.

“This is how we know that we belong to the truth and how we set our hearts at rest in his presence: If our hearts condemn us, we know that God is greater than our hearts, and he knows everything. Dear friends, if our hearts do not condemn us, we have confidence before God and receive from him anything we ask, because we keep his commands and do what pleases him. And this is his command: to believe in the name of his Son, Jesus Christ, and to love one another as he commanded us. The one who keeps God’s commands lives in him, and he in them.” (1 John 3:19-24a NIV).

Because of our obedience to God’s command to have faith in Christ and our resulting position in Christ, we can approach God with confidence – trusting and frankly speaking (the same word used in 1 John 5:14). We have this confidence before God because of Christ and Christ alone.

Striving to please the Lord even more as we grow spiritually gives us greater confidence, but this isn’t a formula. It’s all Jesus. The Lord will always do what he knows is best for us, and he knows everything, including our flaws, weaknesses, and imperfect obedience. Yet he loves us and blesses us in Christ anyway.

How can we help but love him and one another as a result!

Early in my writing career the Lord reminded me that though I work hard to use my gifts for him, he is in charge of the outcome. It’s all him.

I need him, therefore, for every part of this trip, including the upcoming publication of Fallen! More news soon!