The sequel to No Longer Alone is ready for the work of professional editing, design, and publication! The campaign has been extended until production begins!

Let’s look at the story! Take a peek at farm life in 1918. America prepares to send our boys over there to engage in The Great War and to drive out the invading German troops from central Europe.

At first light, Avery stood on the front porch wrapped in a light shawl. A thick morning mist hung low behind the barn where fog rose from the creek bottom. Dew lay heavy on the grass and the vibrant multi-colored zinnias blooming round the front porch. The recent moisture made for a wet and glorious morning, the promise of a humid late August day.

Along the edges of the drive, Tom’s steers and horses tugged at nibbles of the lawn and drank from the stock tank. It was sale day up in Anthony, Tuesday, August 21, an unusual time to be selling. But, Tom wouldn’t be the only young farmer getting rid of livestock before heading to war. Others would know the young men were forced to sell, therefore, the bidding would likely be low. Still, they hoped Tom got good prices.

Both men saddled up, ready to head out.

Prentis leaned down from Ulysses to give Avery a kiss, his lips warm. Hector stood beside him, led by halter—Tom’s ride home at day’s end. Tom sat on his favorite horse, taking one last ride.

“Be good while we’re gone.” Prentis winked at her, straightening from their kiss.

“I’ll do my best.” She laughed. “I usually get into all sorts of trouble, you know.”

Both men chuckled, for this was the exact opposite of the truth.

Shielding her eyes from the piercing rays of morning sunlight, low on the horizon, Avery peered up at Tom.

“I hope you get good offers, Tom. I’ll be praying as you say goodbye to your horses.”

“Difficult day for us, too,” Prentis added. “Hate to see you go, but know you have to.”

Somber now, both men reseated their hats, adjusting the rims to ride low as they drove Tom’s cattle east, right into the sunrise.

Prentis whistled for Sam. With two cowponies and a cow dog working them toward the road, the livestock cooperated. Sam’s incessant barking propelled them forward, moving in synchronized harmony. Ten steers and four horses now ambled along, gradually picking up the pace.

Clutching at her breaking heart, Avery watched their progress as the animals jogged down the road. Imagining how Prentis and Tom must be feeling, she begged God to help them today. Once they’d disappeared over the rise, she headed toward the barn to milk Artemis in the cool quiet of the morning.

With her head pressed against the warm milk cow’s flank and her hands engaged in stripping its udder, Avery let her mind wander, though the odor of the fresh milk nauseated her today. How would they function without Tom? She really had no idea. But his loss and so many jolting changes all at once brought tears to her eyes.

She’d been weepier than usual and felt a bit crampy. Her women’s times hadn’t returned since Jack’s birth. Maybe her body was gearing up again. That might explain her recent emotions. It seemed she was always either crying or irritated. She attempted to hide her emotional turmoil under a pleasant expression, but Prentis had recently had his eye on her, watching her with concern. So, she knew she wasn’t succeeding at her ruse.

Slapping Artemis on the flank, Avery stood, signaling that she was done. The cow swung its head back to look at her, placidly chewing a mouthful of hay. Avery chuckled.

Avery threw wide the stall gate for Artemis to head to pasture. She lifted the pail and trudged toward the house, her opposite arm held wide for balance. On the back porch, she covered the pail with cheesecloth.

Prentis was such a fastidious farmer that pasteurization wasn’t a concern on their farm. They had only one milk cow, and their livestock never had tuberculosis, typhoid, or any other ailments, as had occurred a few years back in the big cities on the east coast. Many people had taken ill in those cities, so the milk there now had to be pasteurized. On their farm, however, whatever Artemis produced, they used fresh, preserved, or sold to the general store.

Pausing a moment at the bottom of the kitchen stairs, Avery listened. Had Jack awakened? Softly from his alcove bedroom, infant babble sounded. He was talking to himself. She smiled.

Carefully, she stepped down into the cellar with the full milk pail, heading for the northeast corner. It was always coolest here. She settled the pail there to give the cream time to separate. Once the cream had risen, she’d skim it off to make butter. Then she’d dump the skimmed milk into the gleaming silver can for Prentis to transport to town to be made into cheese. He’d also take along their butter to sell, since they had plenty in the icebox.

The sales of both the cheese and the butter were her contribution to their farming industry. She peeked at yesterday’s milk in the can and lifted the cloth to examine her cheese. All looked well. Now, up she went for Jack. He would help her gather the eggs.

In reply, the crib squeaked with his excited bouncing. She smiled. The baby brightened an otherwise melancholy day of loss and uncertainty.

You can help publish this story of war intruding into the quiet rural life of Oklahoma in 1918. I’m GIVING AWAY FREE COPIES to everyone who joins me! I’ll put your name right inside the book. Come and find out more here: https://www.patreon.com/MelindaVInman 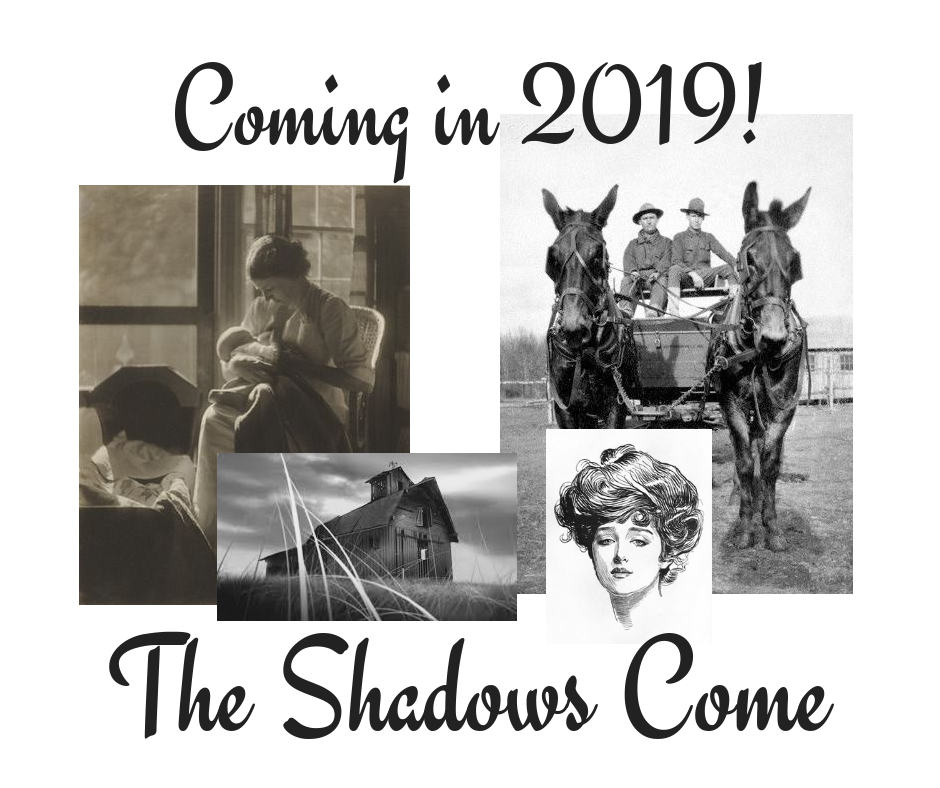