I’ve been pondering the generations and the messes of family. I’m a daughter of parents on either side of eighty. I’m a mother of six adult children in their twenties and thirties. I’m a grandmother of five. Everyone is growing, including me. As I dig into the roots of my besetting sins, I grow to better understand my parents and my kids, for we are all linked.

My maternal grandparents grew up in the Dust Bowl. They were teens during the Great Depression, members of the “greatest generation.” Their parents were molded by WWI. The 1900s were shaped by one war after another, recovery after each, and economic tragedy, producing long-term effects. PTSD had not been designated yet. No one visited a therapist. Broken people pressed onward, leaving damage in their wakes.

The longer I ponder the effects of stoicism within a family, the more I’m convinced that this is one of the most deleterious effects of the Fall, the destroyer of generations. It wreaks all kinds of havoc in families.

Both my parents grew up in these hard times and both suffered horrific family tragedies as youngsters. I’ve written about my father’s loss at age thirteen of his fourteen-year-old brother in a devastating car accident. It’s a wonder my father himself survived. 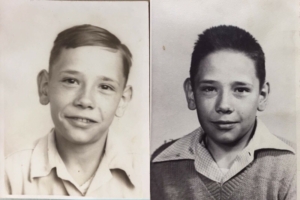 But I haven’t detailed my mother’s losses. They were also many. One day I hope to be able to write more about her personal struggle.

My mother’s parents were the best people I’ve ever known. Both grew up during hard times, particularly my grandmother, whose family lived in tent cities and in their car during the Dust Bowl. They picked fruit in California as migrant workers while Oklahoma was covered with dust.

My grandparents raised four amazing children – my mother, my beloved aunts, and my uncle. Their sense of humor and their faith have been a bedrock all my life. During my mother’s first three years, two babies were lost. One was her sibling, a full-term stillborn brother. The other was a two-year-old cousin who drank gasoline as his father worked on the family car. They lived next door. That uncle later committed suicide when my mother was thirteen. Her best friend had died a slow death of leukemia the previous year. Then her beloved grandfather, pictured below, died when she was fourteen. 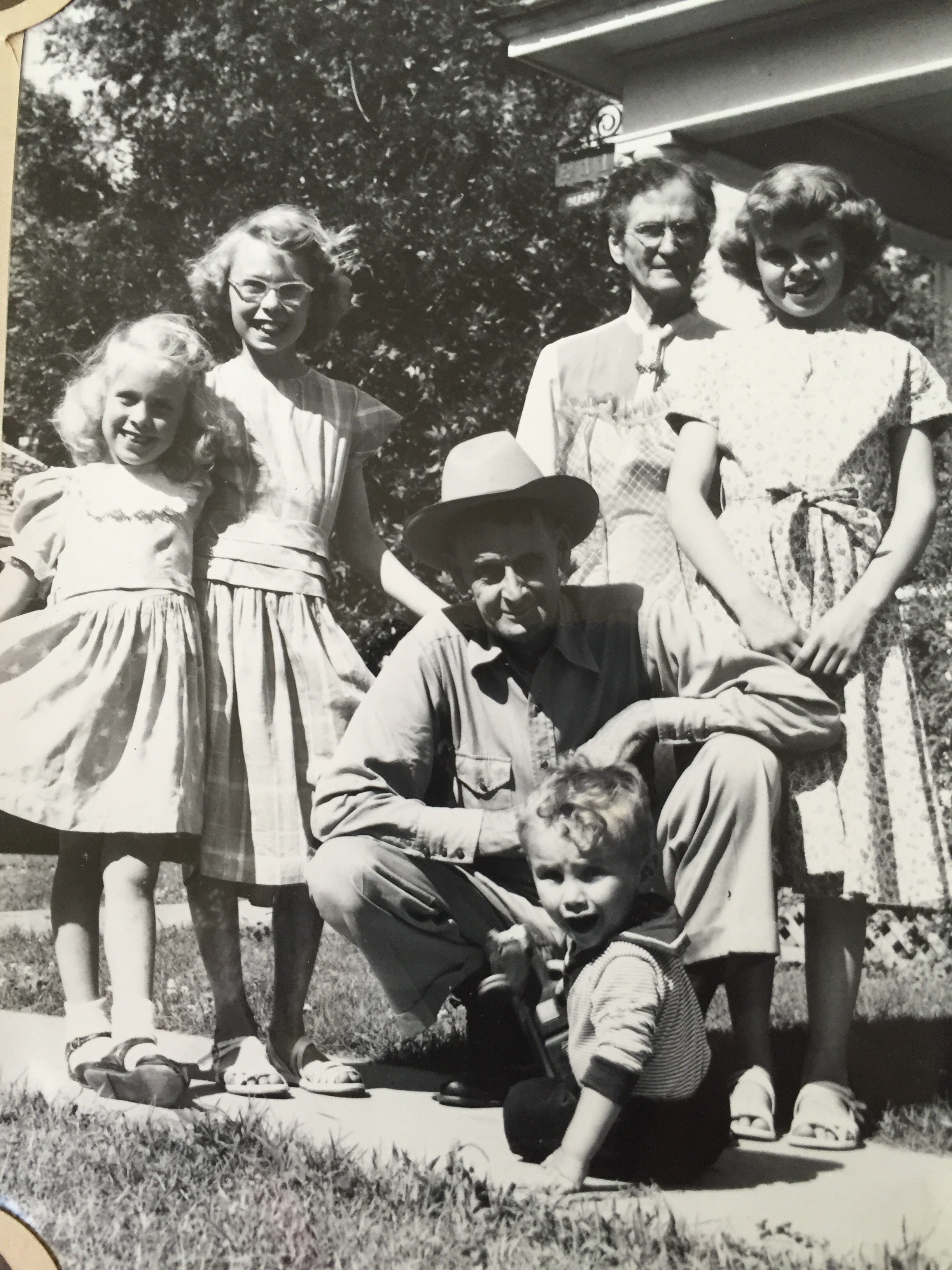 My mother is second from the left. She and her siblings are with their father’s parents.

I’d like to say that was “all” she suffered, but mixed into her young life were also personal attacks and the resultant adult decisions, these decisions often unintentionally causing as much injury as the original harm. These tragedies shaped my mother.

During tragedy, unfortunately, human beings pull apart to cope and process individually. Each was absorbed in their personal grief, the adults reeling from their own losses and then trying to determine how to respond. My mother’s coping mechanism was to escape to the pasture, climb a tree, and talk to God.

This is the messy part of life. This is why we need Jesus.

No one intentionally ignored the children’s pain. Times were different. Parents acted; children weren’t consulted. The kids tried to figure out things from the sidelines. Everyone was simply trying to deal with life. Each was wrapped up in their own personal pain. Each had grueling decisions to make. As with most people of that generation, they pressed on. Life required it. Many grew stoic. Stoicism is often hailed as a strength, as a necessity during hardship. But the effects of stoicism are destructive.

When no one asked how my young parents as children were doing, when they were left alone to struggle through their losses, when they had to pull themselves up by their own bootstraps as young teens, how could they help but pass on this squelching of emotion? They couldn’t, for they are human. They did the best they could, but the task was insurmountable.

My mother is now digging into why she doesn’t recognize my feelings, why she cannot talk about hers, though they run deep, and why her interactions are difficult as a result. She’s trying to find herself under her stoic exterior.

For decades I’ve been attempting to overcome the effects of stoic parenting as well as how it impacts my parenting, so are most of my friends. It’s part of our era. We squelch emotions. We shove feelings aside so we can get things done. As a result, we often can’t define how we feel. 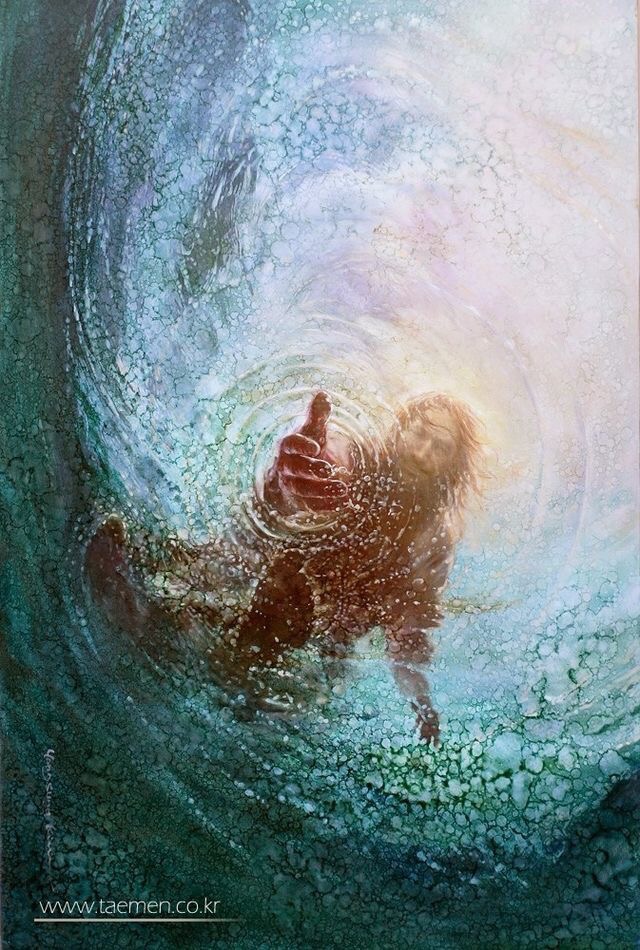 This is the beauty of faith in Christ: We will be whole. We will be complete.

No matter how far we progress in overcoming stoicism and its effects upon generations, we will fully recover when we are with the Lord. We will see one another as whole and real, no matter how much progress can be made on earth. We don’t arrive at completeness until we see Him face to face.

In the meantime we address stoicism by admitting our pain and acknowledging our brokenness. This helps us to become aware of the emotions raging within us, to recognize emotion in others, to avoid recoiling in fear or denial, and to treat others in a more compassionate way, rather than as one who has shut down their humanity. We also learn to listen, not feeling as if we must stoically shove aside the emotions of others, so we can get on with our agenda. Rather, we reject that sensation, and we listen.

This is the way to healing. We are works in progress. Lord, help us.