I’ve been in love with my husband since I was fourteen. My attraction for the sixteen-year-old version of him scared me so much that I broke up with him and dated several other guys in the interim just to keep myself safe. I didn’t know what I’d do! I was an immature, broken, and wounded young Christian girl, so as I look back on it from a distance that was probably a wise decision. 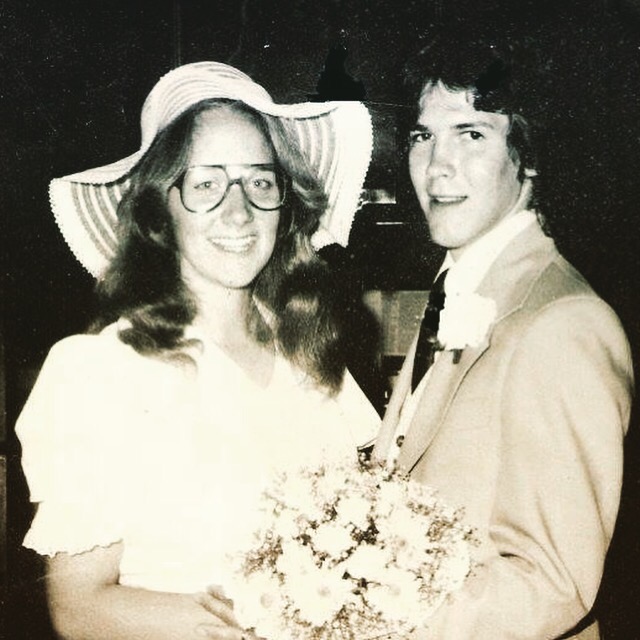 When I was seventeen and he eighteen, Tim and I began dating again. By the time we were another year older, we were expecting our first child and had married. I’ve been in love with this man for forty-two years of my life. We’ve been married for twice as long as we were single. Tomorrow is our thirty-ninth anniversary. Next year it will be forty, God willing.

That is all the grace of God, from beginning to end, for even though we loved each other so much then, we married when we were children and fought and yelled and threw things like children. We were selfish. We didn’t know how to sacrifice for one another yet.

But Tim became a follower of Christ, and I repented and recommitted my life anew to Jesus. In January 1978, he got baptized in a horse tank covered with ice. Then I handed our six-week-old baby to a new friend, stepped into that icy water, and Tim baptized me. And thus, God began the continual outpouring of His grace, and we began the long, slow process of spiritual growth.

The love of Christ and the desire to walk in His steps, to honor His instructions, and to value and love what He loves and values is what has shaped our marriage. Step by step, year by year, as our house filled up with children and then emptied one by one, God has caused us to grow.

Like every other believer in the history of faith (see: Adam, Abraham, David, Paul, and Peter) our growth has been messy and fraught with bad choices as well as sin. It was also bogged down with sometimes legalistic, sometimes sluggish obedience and movement toward Jesus. Sometimes it still is. 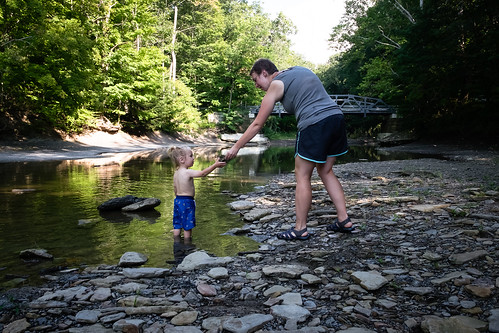 As with all other believers, the Lord has intervened repeatedly, year by year, to bring us to the end of ourselves, turning us toward Him over and over again, gently and patiently directing our growth as a kind parent does with toddling children. Our steps toward Him are steadier now.

But any good that has come from our lives and in our marriage is because of the grace of God and the mercy and kindness of our Savior.

This is the Christian life. It’s all Jesus from beginning to end.

Tim has been a board member of an international ministry for over a dozen years and has gone to India many times, traveling all over the northeast part of the country with Saji Lukos, the Indian founder of Mission India (in America called: Reaching Indians Ministries International, RIMI, founded to reach Indians all over the world). Our family has been involved for eighteen years.

Tim has gone further north with a former pastor and also later with one of our sons, traveling across India by train to visit various Bible schools. He’s seen the Taj Mahal and central India with a son and daughter-in-law while visiting Mission India Bible schools and orphanages; he’s accompanied a daughter who did medical work; he’s taught at the central seminary.

We feel that now is the time for me to go to India with Tim.

If this is the Lord’s will, if now is the time, if this is HIS choice, we’re asking Him to bring this about to honor our 40th anniversary. We hope to go in the Spring of 2017 when the RIMI graduations are held. Hopefully, a medical team can accompany us to serve in the newly appointed 100-bed hospital on the seminary campus. If some of our younger children who haven’t been yet could come, that would be a great blessing!

As we contemplated my health and our desire to follow in Jesus’ steps all our days, to serve Him wherever He sends us, and to proclaim His gospel anywhere in the world He wants us to go, we set this goal. I’ll pack a suitcase of medical supplies, take all my salwars, stay near the seminary campus, and we’ll move at God’s pace.

Please pray with us that God’s will be done.