Today I joined Ed Cyzewski’s synchroblog timed to coincide with his book launch. The question of the day is: What saved your faith?

In the 1990s a slew of calamities almost destroyed my faith. At that time I was a rigid, legalistic practitioner of culotte-wearing, contemporary-Christian-music eschewing hypocrisy. I kept rules, thinking I could bullet-point myself to godliness in my own strength.

Then one disaster after another struck.

In 1993 it began to rain in April and ended in August—a 500-year flood. We had a running spring through our basement for over three months. The foundation cracked and bowed.

Rounding out the year were a couple of hit-and-run accidents on our vehicle, spiraling medical bills, debridement, a code committee that made it impossible to repair, rent, or sell our home, a relocation, and, one after another, five of our six children were harmed, injured, and/or needed surgery. 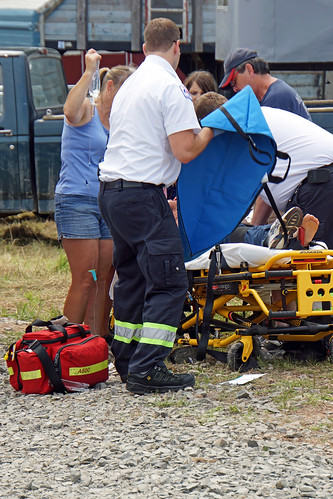 Because we tithed, bad things like this were never supposed to happen to us. The Christian financial planner had told us so. He had proof texts. We didn’t know much about the Bible then or about Job, Jeremiah, Jesus, and suffering, so we had believed him.

So when disaster continued for years, I felt God had reneged on his bargain. I would do my part (tithe, go to church, etc.), and he would open the window of blessing. It was a guarantee, and he had dropped the ball.

I begged and bargained with God for months as the catastrophes spiraled out of control. Then our son was assaulted. Our new baby needed four eye surgeries. We lost the house, filed for bankruptcy, and had our humbling appearance in bankruptcy court.

About six months later, I realized I had quit praying.

God had not shown up, as far as I was concerned (never mind that I had a total misunderstanding of his promises). God had been late. Nothing had happened “just in time” as the trite expression goes.

Feeling incredibly alone, I still sat in church each week in our new town where no one knew of our tragedies. I still said all the things Christian mothers say to their children. I still went through the motions. But I no longer regarded God as my friend. I shook my fist in his face. 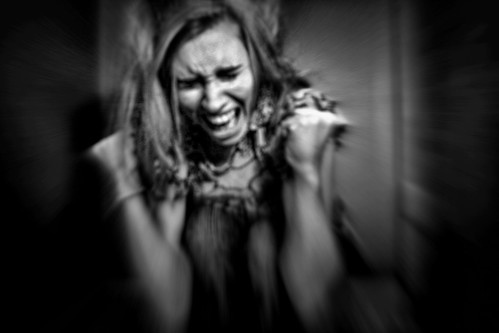 God holds onto us when we’re unable to hold onto him. When I realized I was no longer praying, God’s Spirit nudged softly at my heart. I knew I needed help with this. I couldn’t bear it alone.

So, I called my friend who had gone through a more horrific trial – the cancer of a child. She comforted me with the kindness that one who has gone through trials has gained from God.

She told me, “Turn back, face the Lord, and wait.” I turned. I waited.

Over the following years, God showed up in subtle and gentle happenstances, in tender tuggings at my heart, in truth from his Word, and in mercifully sparing our children from a far worse outcome in each disaster. It didn’t have to go that way, but it did.

A guest “happened” to speak at our new church one week. There was a place in his theology for bad things happening to God’s people. He talked about trial, including when Christians go through bankruptcy.

When he said the “b” word, my husband and I silently reached for one another’s hands and squeezed, privately bearing our pain and recognizing for the first time that this can happen to Christians, and it didn’t mean God didn’t love us. This one man’s words made us feel less alone.

My new neighbor “coincidentally” invited me to attend a Bible study. So I signed up for “The Lord” series by Kay Arthur. One of the books we studied was Lord, Where are You when Bad Things Happen?

Together, these women in community stood by me as I fought it out with God. I began to learn who God’s Word says he is and the overarching purpose of God’s love and plan for us. We examined what God’s idea of “good” is when he promises to work all things together for us in that manner.

I found I couldn’t keep all the rules. I couldn’t perfect myself. No one can. As I learned, I often ranted, threw my study book across the room, and cried.

God responded by holding onto me through increasing horror, loss, and devastation. Job-like his refinement now aimed at my own health. And relentlessly, he continued orchestrating encouragement and happenstance. He increased my intimacy with him. He’s still at it.

It took me a full decade to grasp what God was doing. He was stripping me of my legalism, arrogance, and self-reliance. He was transforming me to rely on him, so he could show me that his promises are really true and I could learn to love him. It wasn’t about me and my capabilities, but about Christ and his cross.

I tend toward arrogance and self-reliance. These can be barriers between God and me. I now look on that first decade of trial and hurt as the best thing God ever allowed to touch my life. He truly did work it together for good, but it took me over ten years to begin to see it.

This is how faith grows. There must be stretching and trials and testing. And we must learn to patiently wait for God to show himself as God. He always does. But it may not look like we expected. Usually it doesn’t.

What saved your faith?

Read additional stories to celebrate the release of Ed Cyzewski’s book A Christian Survival Guide, which is discounted on Amazon. My review of Ed’s book runs on Friday.