Sometimes, the Lord allows harm to touch us. There’s often a messy story behind this. That was the case with David. His family unravelled after he took Bathsheba and murdered her husband Uriah the Hittite. Even though David repented of his adultery after the prophet Nathan rebuked him, the resulting baby died. (Read here).

And then, further consequences occurred, a natural outflowing of David’s sin. His firstborn son Amnon raped Tamar, his half-sister, taking what was not his as his father had done. Amnon was the son of David’s wife Ahinoam of Jezreel.

Tamar had a brother named Absalom. Absalom and Tamar were birthed by David’s wife Maakah, the daughter of Talmai the king of Geshur. (1 Chronicles 3:1-9.) David had seven wives and also concubines. The very act of taking many wives was forbidden to Israel’s kings. Thus, these alliances themselves set up many tragic outcomes.

Consequences of our humanity, our blunders, our blind decisions, and our sins often follow us. Since all of us are sinners, frequently acting or speaking in flawed, selfish, and broken ways, this shouldn’t surprise us. We can learn from David’s mistakes. The fact that the Bible records the dirt on the “heroes of the faith” is a proof of the legitimacy of the Biblical record. Nothing is polished up for better optics. The truth is written.

In response to Tamar’s rape, David did nothing, choosing to favor his firstborn son Amnon. David failed as a father, in the example he set, and especially regarding the justice due to his daughter Tamar. In addition to this, the Biblical record shows that he continued to make terrible decisions regarding his children. If you’ve ever made parenting mistakes, this is yet another blessing of the Bible. Even the “man after God’s own heart” failed at times. We all do, sometimes grievously.

As a result, Absalom’s bitterness and resentment toward his father on his sister Tamar’s behalf festered – a completely understandable reaction. He loved his sister and seemed to be the only man in her life who truly cared about her. However, these emotions led Absalom to kill Amnon, to rebel against his father, to turn the people against David, to bring in others who also had grievances against David, and to eventually overthrow David’s rule, taking the kingdom from him.

After that crushing defeat, David fled the city. As he ran for his life, surrounded by his own court and his mighty men, he was met by others who had personal reasons to resent David. These piled on, cursing him or lying to gain advantage. 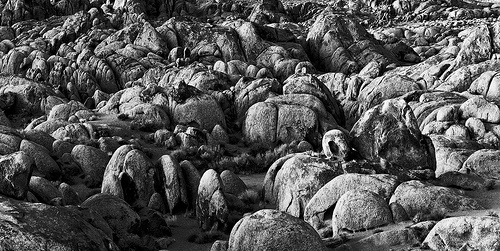 One of those who cursed him was a man named Shimei, who followed David’s group from the top of the hillside. As they walked along in the valley, Shimei continually cursed David, throwing down dirt and stones upon him. (Read here 2 Samuel 16-17.)

My focus here is not the cursing or the sense of shame and devastating grief that David must have felt as rocks and dirt rained down upon him and his defeated army, while behind him in the city the victorious Absalom raped his father’s concubines.

My focus is on David’s response. It is instructive.

Even in his error, the horrific outcome, and the resulting grief, David had an incredible sense of the sovereignty and oversight of a good and kind God. In David’s weakness and in his most difficult trials, he still had a heart after God. It showed in this way: When confronted by Nathan the prophet or convicted of sin, David was quick and ready to repent. Are we?

In David's weakness and in his most difficult trials, he still had a heart after God. It showed in this way: David was quick and ready to repent. Are we? Click To Tweet

When Abishai, one of David’s most zealous mighty men, wanted to run up the mountainside to kill the stone-throwing Shimei, David wouldn’t allow it.

Rather, David said, “If he is cursing because the LORD has said to him, ‘Curse David,’ who then shall say, ‘Why have you done so?’ Behold, my own son seeks my life; how much more now may this Benjaminite [Shimei’s tribe, same as Saul]! Leave him alone, and let him curse, for the LORD has told him to. It may be that the LORD will look on the wrong done to me, and that the LORD will repay me with good for his cursing today.'” (2 Samuel 16:10b, 11b-12 ESV)

What does this mean? How can he react like this?

David shows here the clear-eyed perspective that, for the child of God, nothing can touch us other than what God allows for our good, whether for refinement, growth, consequence, discipline, or reward. Even rock throwing is used by God for good.

For the child of God, nothing can touch us other than what God allows for our good, whether for refinement, growth, consequence, discipline, or reward. Click To Tweet

All of us are sinners and flawed. Like David, we must always be aware of this truth. None of us interact with the perfection that only Christ exhibited. Consequences often befall us, partly due to our own behavior, but also because of the sinfulness so deeply embedded that we often sin with no intention of doing so and with no awareness.

David, unlike most of us, had a clear-eyed view of the human condition. Thus, he repented well. Why dodge? Our sinfulness is a fact, the inborn flaw in every human being.

So, how do we apply this? God’s purpose is always for our good, even when we feel embattled and attacked. When we consider our culpability, our brokenness, and our core flaws, we remember these truths and apply them:

We take the time to assess the situation, to dig for the sinful spot that rears its ugly head – whether self-centeredness, past transgressions, or deliberate actions.

We try to determine where we erred. We ask ourselves what we did that may have hurt or harmed the other.

We repent before God.

We apologize for the action that caused the other to turn to attack.

We make reparations when necessary.

We allow the other to forgive us when they’re ready.

David, for instance, knew that Shimei was of Saul’s tribe and that this was why Shimei hated him. God had chosen David to replace Saul. This tempered David’s response. David held no animosity toward Shimei. In fact, when he regained the kingship, David officially pardoned Shimei. (Read here.)

Hebrews 12:15 says: “See to it that no one fails to obtain the grace of God; that no ‘root of bitterness’ springs up and causes trouble, and by it many become defiled.”

Bitterness is like a hand grenade with the pin already pulled. The one cursing us and throwing rocks hands us the grenade. Don’t grab it! Throw it as far away from you as you can before your bitterness explodes, destroying you and those nearby. Bitterness damages you far more than the other.

God is with us, even in crushing trial. The Holy One of Israel is great in our midst.

Being who he is, the Lord uses trials to transform us into the people he always intended – kinder, more patient, quicker to forgive, and faithful. Let’s entrust ourselves into the Lord’s hands. He knows exactly what he’s doing.

The Shadows Come is ready! I’m giving away free copies to everyone who joins me! I’ll put your name right inside the book. This opportunity ends in twenty days. Come and find out more here @Patreon 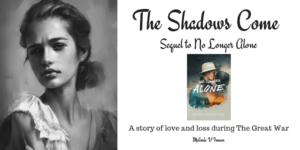