As my second novel prepares to launch, I want you, my readers, to know me. Through your comments, I hope to come to know you. Therefore, I bring forward introductory blogs from the past. This blog first appeared in January 2012. 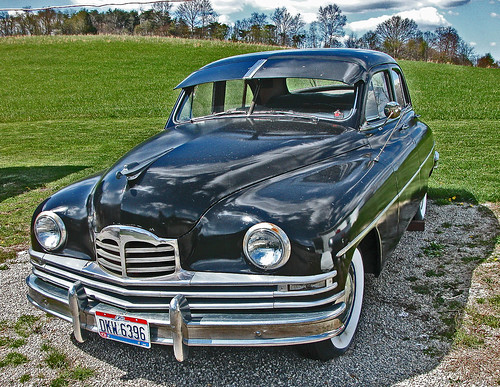 It’s usually untimely death that does it. The dark and festering seed is planted: Distrust. Can I trust a God who would allow this to happen? Isn’t he in charge? Why, God? Why?

That angry kernel then grows to warp a life, twisting into shadowy and tangled knots one’s view of everything, tainting a true understanding of who God is, shrouding all in blackness. Any difficulty is immediately greeted with: God doesn’t love me. Here’s the evidence!

This spills from the heart and comes out the mouth, thus poisoning the next generation. This is the soil in which I grew.

My father, whom I love very dearly, lost his brother in a tragic accident. He was thirteen; his brother was fourteen and driving—young, pubescent boys in a car with no parental oversight. (Laws were lax throughout rural areas in the years following WWII.) Clearly, this was a recipe for disaster.

Big brother was showing off for the other three boys in the car. An inexperienced driver, he took a dirt-and-gravel curve too fast, overcorrected, and the car rolled. He was spun round and round, his young, barely-edging-into-manhood body halfway out the front window with each roll. The heavy automobile crushed him.

The other boys were tossed like lottery balls in a cage, my boy-daddy catching a glimpse of his big brother crushed by the car with each toss. Miraculously he and the others survived. Through Herculean effort and adrenaline, they and the farm families who gathered helped my boy-daddy lift the car off his still-living brother—that task its own horrifying tale; but internal injuries took his life. Too soon. Too young.

But God? What about him? He could have prevented it.

It took me many decades to recognize how thoroughly this event affected not only my father’s life, but my own life as well. It has permeated every thought and emotion. Anxiety used to be a daily consideration. In just the past few years, it has gradually begun to release its grasp.

You see, when I was young, every time I went out the door and got into a car (being the firstborn like his brother), I was warned—either verbally or through the anguished handwringing of my suffering father—that I could die. Every time I took an unnecessary trip, of course, that would be the result: “Call when you arrive safely!” My father then relived this anxiety when my two oldest sons were teens—their similarity haunted him with painful memories. Every time any difficulty or tragedy occurred, it was stated and implied that God couldn’t be trusted. This dark consideration always lurked in the corners.

This was how I thought, too. I’d been trained since the womb. It permeated my mind.

About fourteen years ago, I spent one entire summer focusing all my attention on this festering wound, attempting to apply the medicine of Scripture to my twisted and darkened thought processes. I hadn’t recognized until then that I thought like a pagan, rather than like one who knows God. Finally, I understood that I had bought The Lie, the same one Satan had used in the Garden:

God doesn’t love you; he’s withholding something good from you. Just look! You’ll have to take care of yourself.

I had to “brainwash” myself with the truth, repeating the supporting Scriptures like a mantra: God is good; he is sovereign; he is love and mercy; he always and only does what is good for those who love him. This is who he IS. As sovereign Lord of the universe, he alone knows what is really and truly best.

From our human perspective, do we always understand? No. Nor can we. We don’t yet know the whole story. But one day, we will. And when we do, we will comprehend and rejoice in what the Lord has orchestrated of our human mess and all our tragedies. Only a large God can redeem this chaos.

Gradually, bit by bit, the truth soaked in. I began to walk in it. Truth began to change my life. Continual depression lifted. Occasionally The Lie reasserts itself, and the medicine must be reapplied.

The Word of God and belief in it is the only hope for thinking correctly, regardless of who you are and what tragedy has affected your life. There is no other way to be sane. Sanity cannot be found in the meaningless of disbelief, the idea that every event and tragedy is random, or the preposterous conclusion that there is no plan, providence, or sovereign oversight.

Peace and tranquility come in recognizing and believing just the opposite. God is in control. God uses even our tragedies for our good. God loves us so much that he sent his Son to prove it! That Son lived the same type of calamity-fraught life as we, but maintained perfect love and trust in God. And then he fulfilled his purpose by dying a gruesome death to redeem us, and he rose from the dead to make us his own.

On this side of heaven, it may not make sense, but it will. Believe the truth. Hold onto it.