Passover. Unblemished sacrificial lambs killed and eaten, meal participants clad for a journey, firstborns in peril of death, lamb’s blood smeared on doorposts and lintels, the destroyer’s slaying of those not under the blood—these were the intriguing ingredients that foretold the coming Messiah.

This bloody illustration was given as God brought his chosen people into freedom from their four-hundred-year captivity as slaves. Hard-hearted Pharaoh’s breaking point was the death of all the firstborn in Egypt, all those not covered by the lamb’s blood. 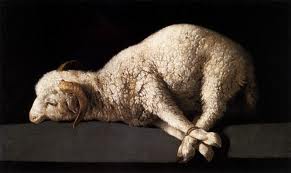 Those spared had followed God’s prescription and were in homes with the blood of the sacrificed lambs covering the doorposts and lintels—Jews as well as sojourners (Gentiles: non-Jews who also believed in the One God). The Passover meal was eaten in community and in haste, leaving nothing for the following day. Demonstrating their faith, the participants ate with staffs in hand, sandals on their feet, ready to depart the land of their slavery.

As a promise, instructions were given for future celebrations—a week of repentance and abstention from leaven, which symbolized sin. The feast was established as a memorial. Answers were given for the children’s questions: “What does this mean?” “By a strong hand the LORD brought us out of Egypt, from the house of slavery” (Exodus 13:14). 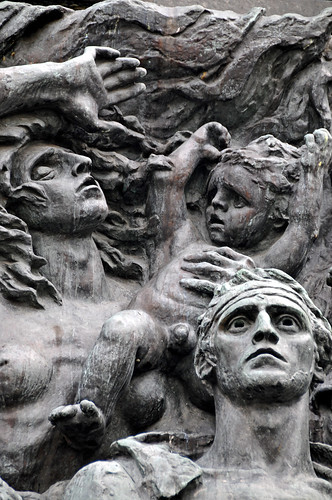 Imagine being a child during the first Passover. There would be questions! You’d never forget the terror of the night. Would God keep his promise and spare those under the blood?

He did! They lived! Pharaoh let them go. They left in haste as predicted.

In calling Jesus “the Lamb of God,” John the Baptist anchored him to the sacrificial system given by God to the Jewish nation. Lambs had been sacrificed for the covering of sin for nearly 1500 years; now The Lamb had arrived, the final sacrifice of blood—God himself in human flesh.

John’s statement foretold Jesus’ fulfillment of the mystery of the Passover. To make it clear to all, God had his Son’s lamb-like sacrifice completed during the Passover celebration itself. The Last Supper was the Passover meal of Jesus and his disciples.

“Behold! Here I am! I AM the Lamb who takes away the sins of the world!”

We believe! We place our faith in Jesus’ bloody sacrifice on our behalf. With the Lamb’s blood applied, we leave our captivity, our slavery to sin—the LORD brings us out with a strong hand. We need not forfeit our lives—we gain life everlasting because the Lamb forfeited his. With haste, we then move out from our life of slavery and into the community of the saved—the church. 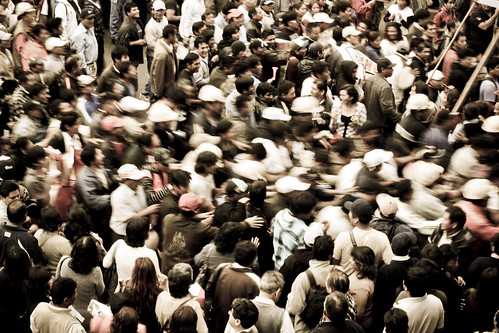 From the beginning, God intended salvation to be available for all people. The first promise was given in the Garden to non-Jewish Adam and Eve, the progenitors of all humanity. The blood on the doorposts and lintels covered Jews and Gentiles alike who were in the house. Jesus’ family tree contained Gentiles; multiple prophecies were given—people from all nations would come to God through his Messiah.

Salvation is for all kinds of people: Jew and Gentile, slave and free, male and female. All are sinners. All come to God the same way—through Jesus’ blood. All can place their trust in his sacrifice. This blood-bought redemption can apply to all. Each one can turn to him with a heart of repentance and proclaim: “I believe!”

Have you pondered the thousands of years of orchestrated events and foretelling that culminated in the accomplishment of your salvation?

“Without the shedding of blood there is no forgiveness of sins” (Hebrews 9:22 ESV).